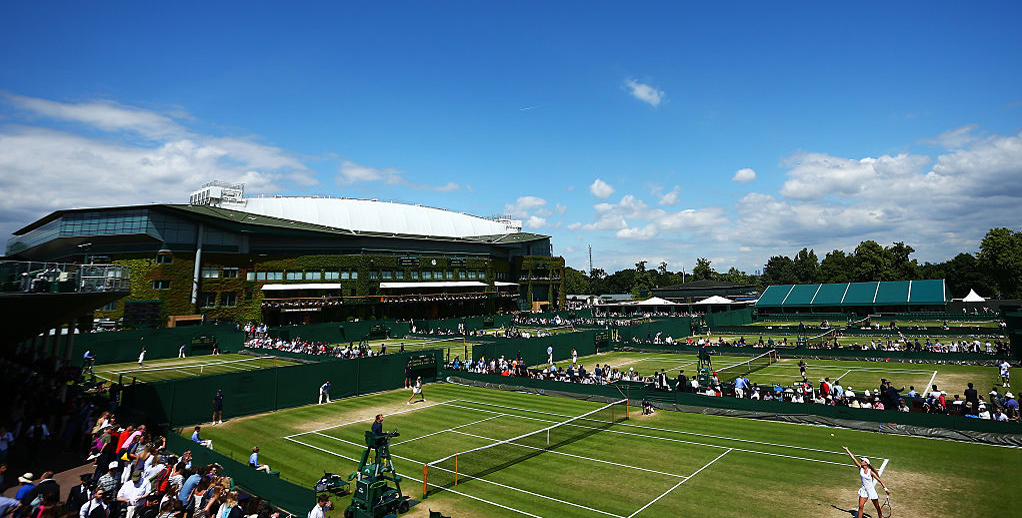 If you are heading to Wimbledon this summer you’ll have plenty of choices to make: there are plenty of courts available but you can only be in one at a time. To make your decisions easier we’ve analysed every match from the 2017 tournament – singles and doubles – to identify which Wimbledon courts are likely to provide what you’re looking for.

It’s perhaps unsurprising that Centre Court tends to host the most matches given its use for the tournament’s showpieces. In total there were 41 matches hosted there in 2017, which was six more than the next most-used venue – Court 2 – and almost double the average of 22 matches across the other 17 Wimbledon courts that saw action last year. However, Court 6 had plenty of action in 2017, with an average of 3.3 sets and 32.2 games per match offering serious value for money.

Many people flock to SW19 to catch a glimpse of the game’s leading players and again it won’t surprise you to learn that a seat in Centre Court is the best location for star-spotting. However, if you’re on a budget and don’t want to pay the premium for access to the show courts – that’s Centre Court plus Courts 1, 2 and 3 – then you could do worse than head to Court 12, which saw over 87% of matches feature at least one seed last time around.

There are few more visceral experiences in top-level sport than watching a player at the peak of their powers deliver a masterclass in demolishing an opponent, so if this gets your blood pumping then Centre Court could be the place for you. In 2017 it saw the highest share of sets won by the match-winner, but if you’re on a budget then Court 9 is a solid alternative. It saw the largest percentage of games won by the eventual winner and also the biggest share of matches won in straight sets. Another option is Court 12, where the high proportion of seeds last time out saw the largest share of sets that were won 6-0.

If you are keen to support the women’s game then Court 4 was the place to be last year, with women accounting for almost 60% of the players to set foot on it. If you prefer the blend of chaos and co-ordination in the doubles game then Court 7 hosted the highest share of doubles matches last time around – almost three quarters. For those seeking a shock result, a third of the games held at Court 3 in 2017 saw a seed eliminated, but if you want to cheer on a British player then unfortunately there’s no escaping the need for a pricier ticket: the highest share of games involving a Brit were to be found on Centre Court.

Analysis: Who will win big at the Oscars?