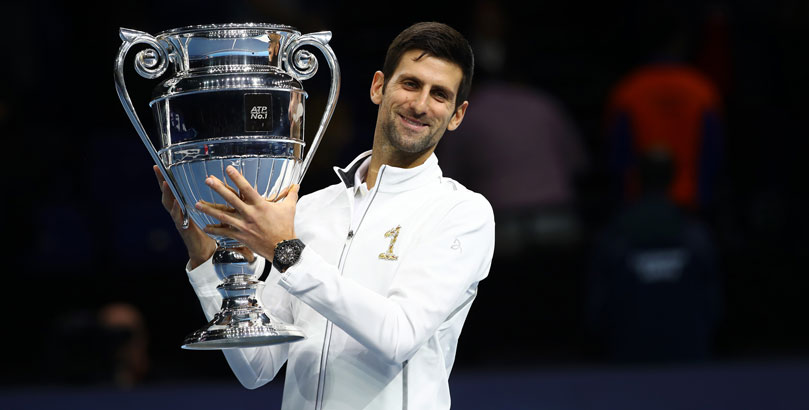 For the 10th year in a row, the ATP Finals are taking place at London’s O2 Arena. With Rafael Nadal’s withdrawal, Novak Djokovic has already been confirmed as year-end number one, but there is still plenty to play for.

We have looked at results over the past 10 years to see which players should be feared by their competitors, and how the culmination of the men’s tennis season tends to pan out.

Last year, Grigor Dimitrov won the tournament having been seeded sixth, repeating the feat of Nikolay Davydenko in 2009. Aside from these two victories, the last 10 years have been sewn up by the established elite, with Roger Federer the only other man to win having been seeded lower than second. Exactly half of the finals in that time have been played out between the top two seeds – and John Isner should look away now, because the eighth seed has never made the final.

Kei Nishikori has already put the cat among the pigeons with his opening-day victory over Federer, but if the other group goes according to history it should be a lot more straightforward for Djokovic and Alexander Zverev, who have a convincing head-to-head record against Isner and Marin Cilic. Federer has time to recover, and has won a higher proportion of sets in his matches against Kevin Anderson than any other pair of players drawn together in the first phase, but Dominic Thiem has won 57% of sets that he has played against the Swiss.

The poor record of French Open winners at the ATP Finals will continue with Nadal absent, but there is a promising omen for Dominic Thiem, as Roland Garros runners up have taken home the trophy on five of the last 10 occasions. The Grand Slam with the strongest correlation of winners is the Australian Open, and that is one of many reasons to look to the favourite, Djokovic. Looking beyond this event, a reasonable degree of success in Australia is almost guaranteed for the winner, with 90% of previous winners reaching at least the quarter-finals after returning from their Christmas break.

Injury has kept Andy Murray off the court for most of 2018, and Kyle Edmund’s attempts to qualify fell short (despite finishing ahead of both of 2017’s finalists). There is British interest at the event, though, in the form of Andy’s brother Jamie. It is the Scot’s fourth time in Greenwich, and although he has made it out of the groups twice, he has never made the final. He has tasted plenty of success in the last three seasons, though – no player, including Federer and Djokovic, has lifted more major trophies than Jamie Murray.

Murray and his partner Bruno Soares are seeded fourth for the doubles event, but they can take solace in the fact that doubles seeding is less predictive than singles seeding, with only one of the last 10 top-seeded pairings finishing winners.

Stay close to the action with the bwin app. Access more markets than any other betting provider and scan our in-depth tennis statistics menu to find and make your bet selections fast. Download now the best betting app.