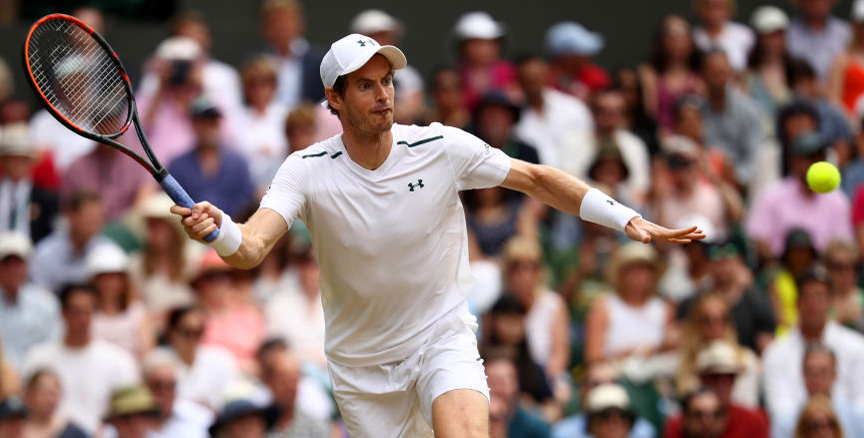 Andy Murray faces a conventional opponent at last when he takes on Sam Querrey in the Wimbledon quarter-finals and that should mean we finally see the best of the defending champion.

The world number one has dropped just one set in reaching the last eight at the All England Club for the 10th successive year, becoming only the third player in the Open era to achieve that feat.

All his opponents so far have been unconventional and the erratic Benoit Paire hit twice as many winners as Murray during Monday’s match but made 44 unforced errors compared to Murray’s eight.

There will be much less flair from Querrey and that should allow Murray to get into his rhythm, so we’re backing the Scot to ease through in three sets at 91/100 in our Murray vs Querrey betting tips.

Concerns over Murray’s hip problem have not gone away and coach Ivan Lendl admitted his player is having to push through the pain barrier. His opponents are yet to take advantage but the issue means there is extra importance on Murray getting through with minimal fuss.

Murray is 4/5 to reach the final and with Rafael Nadal no longer his likely opponent in the semi-finals, those odds have plenty of appeal, with 7/2 on offer for him to retain his title.

Murray has played down concerns over his hip and believes he is improving as the fortnight goes on.

Speaking after his victory over Paire, he said: “Like I said at the beginning of the tournament, I’ll be able to get through seven matches if that’s what I have to do.

“The last couple of days, practice has been really good. I didn’t feel great during my last match. I didn’t feel like I played so well, not loads of rhythm in the first two matches.

“I definitely felt better this time. That’s positive moving into the last few days of the tournament.”

Murray’s return will be key and we like the look of 13/10 for the first set to go to a tie-break as he settles into the match.

With his opponent proving difficult to break, we finish our Murray vs Querrey predictions with the American to win the most games in the match, starting with 5.5 on the handicap at 21/20.

Nadal vs Muller: Underdog fancied to take set off Rafa
Federer vs Raonic: No repeat of last year’s upset
Author