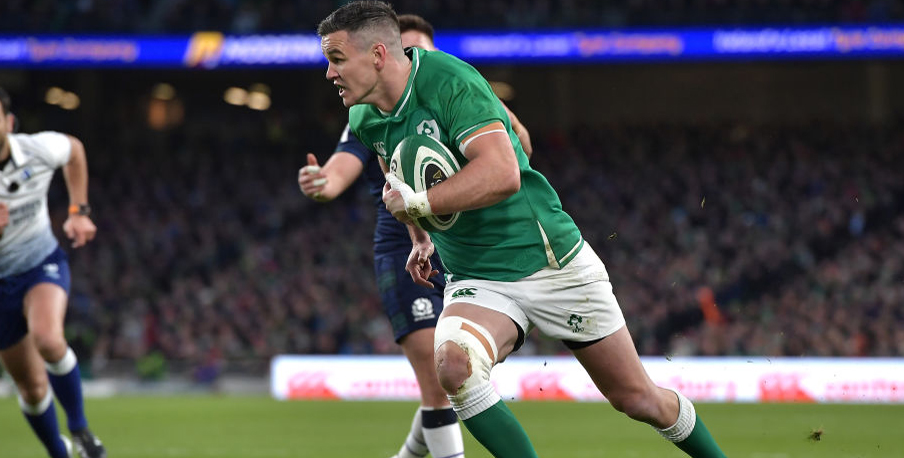 Ireland were less convincing than Wales in the opening round of Six Nations fixtures but home advantage is always a key factor in big games such as this.

The men in green prevailed 37-27 when these teams last met in Dublin in this tournament and will again be roared on by a vociferous Aviva Stadium crowd.

We’re going with a home victory by over four points at 91/100 for our initial Ireland vs Wales prediction.

A Look At Ireland’s Betting Odds

Johnny Sexton proved a captain marvel as he posted all of Ireland’s points in a 19-12 triumph over Scotland at Aviva Stadium.

It could have been a different result if counterpart Stuart Hogg hadn’t knocked on just as he was crossing the whitewash in the second half.

However, we were expecting a tense contest in Andy Farrell’s first match in charge following a disappointing World Cup and had three winning bets in our preview.

The hope is that Ireland will now settle down and get back to doing what they do best, grinding out victories with relentless forward play and resilient defensive work.

“I don’t think their egos are bruised,” insisted Farrell. “They can’t wait to get back on the field.

“Training has been quick, intense and ferocious. We had a few things to fix as well and we’ll make sure we do that.

“We’re in a good place, we’re brimming, ready for what we know is going to be a really, really tough game.

“We know that Wales are Grand Slam champions and semi-finalists at the World Cup. They’re being talked up as a great team.

“We know what’s coming this week, but we get excited by that as well.”

Looking at the Ireland vs Wales odds, we like Evens for the hosts to hit the ground running and lead at half-time and full-time.

A Look At Wales’ Betting Odds

Wales were tipped to make light work of Italy in our preview and did not disappoint, with winger Josh Adams scoring three of their five tries in a 42-0 romp.

However, Ireland were the last team to beat them in the tournament almost two years ago and new coach Wayne Pivac is braced for “a massive step up” in class.

“It has been quite a nice start in terms of facing the Barbarians and then having this home match and getting five points,” commented Pivac.

“That has been pleasing, but we are under no illusions it’s a real step up now.

“A lot of hard work needs to be done because the performance against Italy certainly wasn’t perfect, even though we had a good-looking scoreline.”

We do fear that Wales may just be a little under-cooked for such a colossal clash, especially up front.

Let’s finish off our Ireland vs Wales betting tips by taking 137/100 for the hosts to oblige by 1-12 points.