Max Verstappen is in control of the world drivers’ championship and is fancied to extend his lead further in our Mexican Grand Prix predictions.

The Red Bull driver delivered a supreme performance to win the United States Grand Prix last time out and stretch his lead over title rival Lewis Hamilton from six to 12 points.

There are just five rounds remaining in the F1 calendar this year and 130 points to play for, with the next two circuits in Mexico and Brazil expected to favour Verstappen’s Red Bull machinery.

Verstappen and Hamilton have shared the last four races here, with Verstappen winning in 2017 and 2018 while Hamilton triumphed in 2019 to add to his 2016 success. Last year’s race was cancelled due to the Covid pandemic.

The high altitude of Mexico City should suit Red Bull and Verstappen is hard to oppose as the 3/4 favourite in the Mexican Grand Prix odds.

Heading into the US Grand Prix, Hamilton had triumphed in five of his eight appearances at the Circuit of the Americas.

But after beating pole-sitter Verstappen to the opening bend with a fine start, Hamilton did not have the speed in his Mercedes to pull out a significant gap.

Verstappen then stole the initiative with an aggressive early stop and while Hamilton – on younger rubber in the closing stages – took seven seconds out of the Dutchman’s eight-second lead to tee up a thrilling climax, he was unable to pose a real threat.

Hamilton has conceded his title hopes may be slipping away, saying: “We are going to the next two tracks which are very strong circuits for Red Bull so it is going to be tough.

“We will just try and minimise how strong they can be compared to us and see if we can do a better job.”

For the next of our Mexican Grand Prix betting tips, it may be worth backing the bwin price boost of 9/2 for Verstappen to complete the hat-trick of pole position, race victory and the fastest lap.

While the top two in the standings battle it out for victory, it could be a tough afternoon for some of the back markers with the heat and altitude of this venue putting unique pressure on the cars.

Two years ago, 18 of the 20 cars made it to the finishing line but there were four retirements the previous year and five in 2017.

Let’s go for under 17.5 cars to be classified in the end result this time at 17/20 as the last of our Mexican Grand Prix predictions. 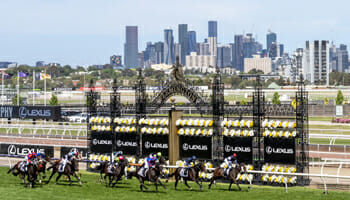