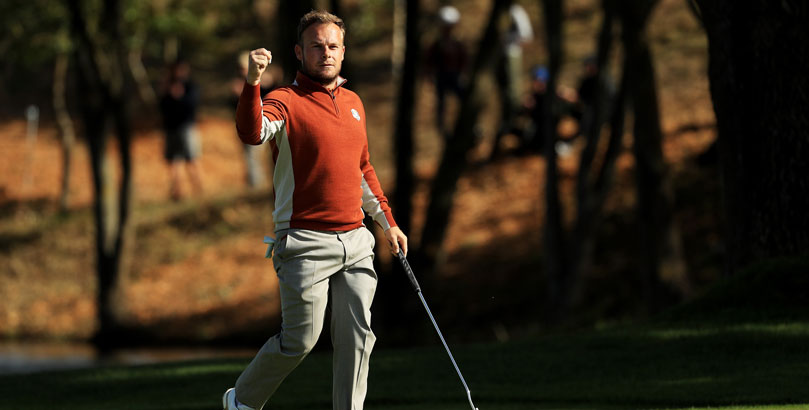 The dust has barely settled on Europe’s brilliant Ryder Cup victory at the weekend, but European Tour action continues as normal with the Alfred Dunhill Links Championship, Phil Casey writes.

Well, not strictly as normal as the lucrative event is the only pro-am on the schedule and features celebrities playing alongside the professionals at St Andrews, Carnoustie and Kingsbarns before there is a 54-hole cut and the final round takes place on the Old Course.

With Thorbjorn Olesen’s late withdrawal, four Ryder Cup players have made the trip from Paris to Scotland and the quartet of Brooks Koepka, Tommy Fleetwood, Tony Finau and Tyrrell Hatton unsurprisingly head the betting.

It is tempting to write off their chances after an intense week at Le Golf National, with Fleetwood in particular expending a huge amount of emotional and physical energy in playing in all five matches, but Hatton’s price is too good to ignore for a player seeking a third straight victory in the event.

Hatton may have only won one point from his three matches, but he and Paul Casey were eight under par in losing to the best US pairing of Jordan Spieth and Justin Thomas on day one and were nine under in seeing off Dustin Johnson and Rickie Fowler on Saturday.

Defeat to Masters champion Patrick Reed in the singles was no disgrace and although Martin Kaymer was the only member of the 2016 side to finish in the top 30 at the Dunhill in the week after defeat at Hazeltine, the circumstances – and travel time involved – this time around are completely different.

Hatton can therefore be backed in the each-way market to complete his hat-trick at 16/1.

One player who will be hoping Hatton feels the effects of the Ryder Cup is Ross Fisher, who has finished runner-up to his fellow Englishman on both occasions.

Fisher was also runner-up in 2008 and although his recent form is nothing spectacular, he can be risked in the each-way market at 40/1.

Sticking with English players, Tom Lewis provided us with a 55/1 winner last time out in Portugal and he is worth siding with once more at a generous 50/1.

Lewis has missed the cut in his last three starts in the event, but is in completely different form now and was third back in 2008.

Brandon Stone is our next selection as he returns to European Tour action after getting married in his native South Africa, where he was 10th on his most recent start in the Vodacom Origins of Golf tournament.

Stone won the Scottish Open in July with a stunning final round of 60 at Gullane and was 15th in the Dunhill last year. He can be backed at 66/1.

And finally, Joakim Lagergren’s course form of 4-4-12 means we can overlook a run of missed cuts recently and take a small interest each-way at 80/1.

How to beat the market in FIFA 19 Ultimate Team
McGregor vs Nurmagomedov: Conor to KO Khabib on UFC comeback
Author