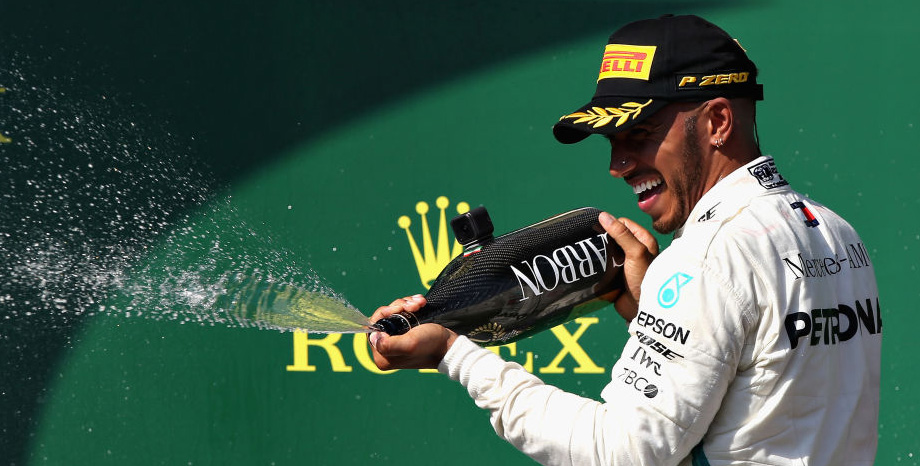 Lewis Hamilton was unable to do much about Charles Leclerc’s wins in Belgium and Italy on tracks suited to the straight-line speed of Ferrari.

However, conditions should be more conducive for the Mercedes star at the Marina Bay Street Circuit, where he has prevailed for the past two years.

Valtteri Bottas might have finished ahead of Hamilton in a race for the first time since June’s Austrian Grand Prix at Monza, but only a bizarre sequence of events will stop the British star claiming a sixth world title.

Hamilton will head to Singapore 63 points ahead of his Mercedes teammate, 99 clear of Red Bull’s Max Verstappen and 102 in front of Leclerc, with 182 points left to play for.

Team boss Toto Wolff said: “Spa and Monza turned out to be as difficult for us as we expected, but we still achieved solid results and come away with a good batch of points heading into the flyaways, extending our lead in both championships.

“Singapore is up next and we should be strong there, but so should Red Bull. We are looking forward to showing what we can do in the upcoming races.”

Don’t fret about any fears of complacency from the ever-vigilant Hamilton, though, as he will be fully focused on passing the chequered flag first.

The 34-year-old declared: “I’m not looking to the next race thinking it will be easy for us; instead we’re looking for ways to improve our car, improve our processes over a race weekend, and I hope that I can do a better job in Singapore.”

How the Italian Grand Prix finished

Red Bull do shine on the street circuits too, so it is no surprise to see Verstappen as short as 3/2 in the Singapore Grand Prix odds.

However, the Dutchman is coming off a couple of poor results and we still prefer Hamilton as a clear percentage pick.

Verstappen said: “We have made some steps forward with the pace of the power unit but we will of course keep working hard to improve even further.

“The last two races were always going to be difficult for us and now I’m looking forward to having a more normal race weekend and starting closer to the front.”

Some will feel that Verstappen could benefit from Hamilton easing off and protecting his huge championship lead by taking a more measured approach to getting round in one piece.

The Briton appeared to do that in Italy, but that was only when an 82nd race win was unlikely and we are convinced there will be no holding back here.

Bottas can be backed at 7/1 to secure a third success of the season and some will see that as value in their Singapore Grand Prix betting tips.

The Finn got close to Leclerc when second at Monza and stated: “While it’s disappointing that we didn’t win, our performance was actually quite promising.

“On paper, the upcoming races should play a little more towards our strengths and I’m looking forward to a good fight.”

Leclerc is 10/1 on a course where Ferrari are set to find life much tougher, with struggling teammate Sebastian Vettel quoted at 14/1.

Analysis: Which English football stadiums are most exciting?
The Ashes: Aussies can confirm superiority in final Test
Author

Packers vs Buccaneers: Rodgers backed to edge out Brady