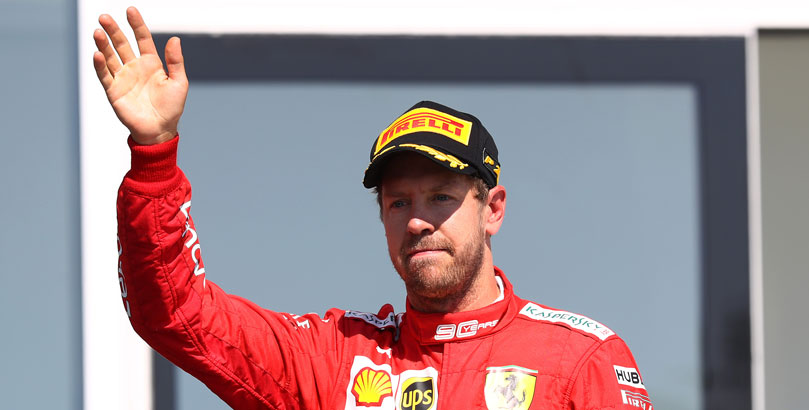 Sebastian Vettel went into Formula One’s summer break feeling a little happier after making the podium in Germany and Hungary and gets the nod in our Belgian Grand Prix predictions.

The Ferrari ace enjoyed an 11-second win at Spa-Francorchamps 12 months ago to make it three victories in eight years at this venue.

With this scenic and much-faster circuit set to suit him again, 11/4 for another Vettel triumph looks fair value from the Belgian Grand Prix odds.

Vettel is fully prepared to acknowledge this has been a poor campaign, but the signs have been more promising in recent races.

Having clawed his way up from the back of the grid to claim second at Hockenheim, he fought his way past Ferrari team-mate Leclerc in the closing stages to finish third at the Hungaroring.

“I am not happy with the first half of the season and I have struggled to get on top of the car,” admitted Vettel. “I feel I can do a better job in the second half.

“We leave Hungary and for a few weeks we can console ourselves with the fact that we made it to the podium in a race in which we knew we were going to struggle.

“Now we can recharge our batteries and prepare to battle once more in Spa and Monza, tracks where we ought to be more competitive.”

How the Hungarian Grand Prix finished

To be fair to Leclerc, he was hampered by excessive wear and tear on his tyres late on in Budapest, so the 21-year-old should also be competitive in Belgium.

He has made the top three four times in the last six races and 13/20 for him to end up on the podium once more is worth adding to our Belgian Grand Prix betting tips.

The Monegasque said: “I look forward to returning to racing after the break so that we can continue working on making further improvements and give our competitors a good challenge.”

Of course, Lewis Hamilton will take all the beating after another masterful performance in Hungary gave him his eighth win from 12 rounds this year.

The Mercedes driver overtook Red Bull’s Max Verstappen with three laps remaining and has a 62-point championship advantage in the title race.

After taking his 81st victory, to move to within 10 of Michael Schumacher’s all-time record, a sixth world championship is almost certain.

Teammate Valtteri Bottas is under scrutiny after crashing out in Germany and a disappointing show in Budapest, while Red Bull may not have the pace to shine on this course.

Bournemouth vs Man City: Sterling effort once more
AIK vs Celtic: Hoops can show their class in Sweden
Author