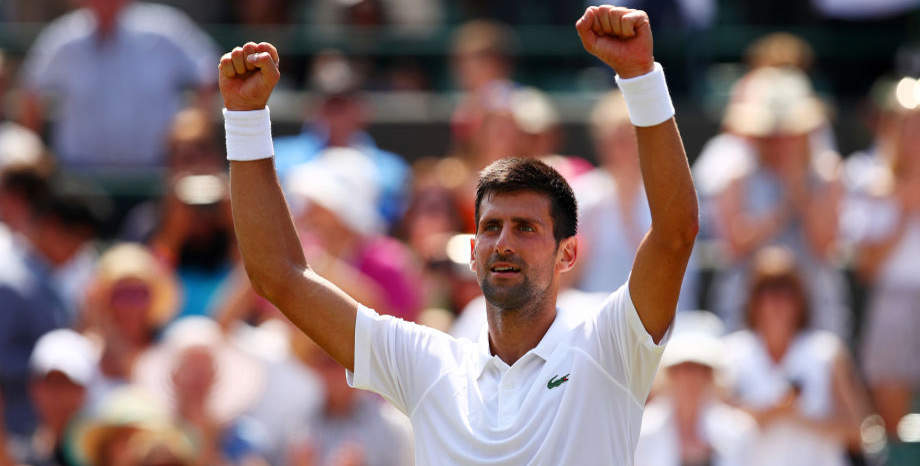 Novak Djokovic appears determined not to waste any more energy than is necessary in the early rounds at Wimbledon and that spells trouble for Ernests Gulbis.

Djokovic said: “It’s perfect. Exactly what I want. I don’t want to have any five-set matches. I had enough match play in Eastbourne.

“I felt very good in terms of my game and where it was from the beginning till the end. So it just keeps going in the right direction.”

We’re taking note of those comments and like 91/100 for the second seed to win by more than 7.5 games again in our Djokovic vs Gulbis betting tips.

Gulbis sprang a surprise with a 6-4 6-4 7-6 victory over former US Open champion Juan Martin del Potro in the second round.

A severe wrist problem contributed to the Latvian’s alarming dip in form which saw him go into this event without a win on the main tour since the 2016 French Open.

Dropping down to 589 in the rankings has made the former world No 10 a dangerous opponent at this stage of the tournament and he served particularly well against Del Potro.

Looking ahead to the clash with Djokovic, Gulbis said: “Let’s see. I don’t know. I came here without any expectations.

“I didn’t know if I was going to win a set here, honestly. Now I’ve won six sets in a row. First round was really comfortable. This match I was playing really good.”

However, Djokovic holds a 6-1 record against the 28-year-old and represents a different level to the tests Gulbis has faced so far at the All England Club.

Looking at the Djokovic vs Gulbis odds, the first set could be reasonably competitive, making 19/20 for nine or 10 games a solid option.

After that, though, we expect Djokovic to take control, with Gulbis admitting he got “a little tight” in the third set against Del Potro.

It is 4/5 for there to be under 31.5 games in the match and that completes our Djokovic vs Gulbis predictions.

Nadal vs Khachanov: Russian starlet can challenge Rafa
Federer vs Zverev: Russian can hold his own early on
Author