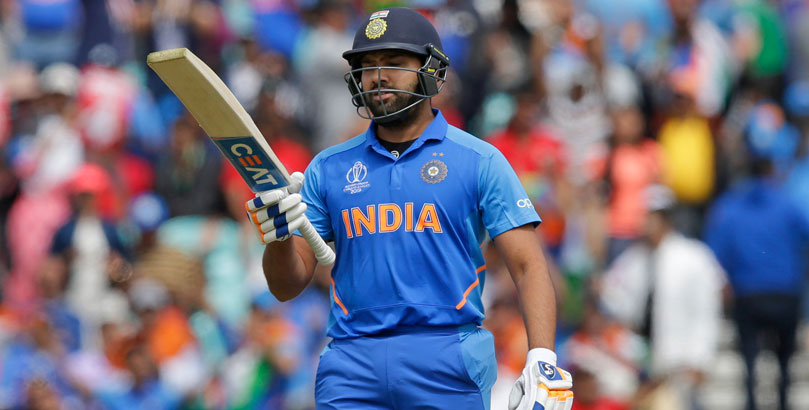 India suffered a first Cricket World Cup defeat against England on Sunday but are expected to bounce straight back when returning to Edgbaston to take on Bangladesh.

The Tigers will be content with their efforts so far, but have lost to three of the teams in the top four and must now face the other.

Bangladesh were beaten twice by the Men in Blue at last year’s Asia Cup in Dubai, with Rohit Sharma enjoying knocks of 83 and 48 in those matches.

Rohit has also been in excellent form during this competition and 9/4 for him to top score for his team again is our initial Bangladesh vs India prediction.

A Look At Bangladesh’s Betting Odds

Bangladesh kept their slim hopes of reaching the semi-finals alive when beating Afghanistan by 62 runs, adding to earlier triumphs over South Africa and the West Indies.

Mushfiqur Rahim’s 83 helped to post a competitive total of 262 for seven and then Shakib Al Hasan shone with five for 29 as the basement dwellers struggled to respond in Southampton.

The Tigers need to beat India and Pakistan in their final two group games and hope results elsewhere go in their favour if they are to advance.

“It will be difficult, but we have the belief that we can play well in next two matches and get the results,” said Shakib. “That’s all we can do at this moment.”

In-form all-rounder Shakib has also scored a whopping 476 runs in six innings and 11/4 he is his side’s leading batsman here takes the eye from the Bangladesh vs India odds.

A Look At India’s Betting Odds

India had won all five of their completed games before facing England but couldn’t match the hosts’ big hitting at this venue.

Chasing a score of 337, Virat Kohli’s team failed to recover from a tediously slow start, eventually falling 31 runs short, despite losing only five wickets and Rohit hitting a century.

Kohli refused to press any panic buttons, stating: “Look, every team has lost a game here and there. No one likes to lose, but you have to accept the other side played better.

“We should have been clinical, because the wicket was flat. We could have accelerated and got closer to their total.”

Kohli will also hope that his bowlers get back to their awesome best against Bangladesh after conceding 13 sixes versus England.

Mohammad Shami still emerged with credit after claiming five wickets, though, and 7/2 for him to be his side’s top bowler again is added to our Bangladesh vs India betting tips.

Packers vs Buccaneers: Rodgers backed to edge out Brady