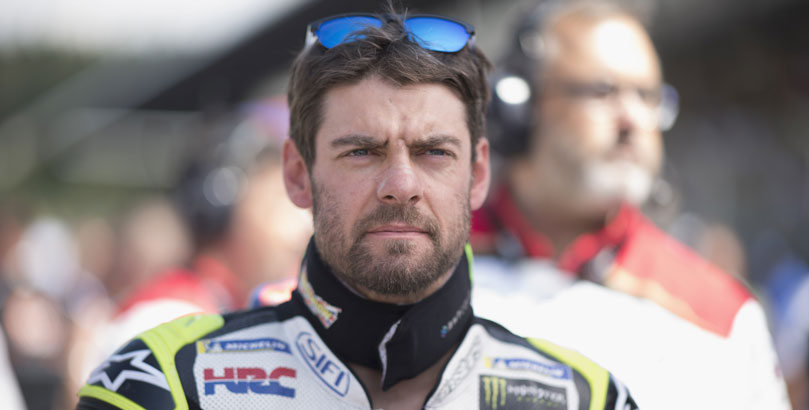 Cal Crutchlow knows that if he keeps his LCR Honda both wheels up on Sunday he has every chance of winning his home British MotoGP.

The British rider is quoted at 9/1 ahead of the Silverstone round of the MotoGP World Championship round in Northamptonshire.

Crutchlow has not taken the top step of the podium before at his home MotoGP race, finishing runner-up in 2016.

But he has to be worth at least an each-way bet to improve on that and is finding form after finishing fourth last time out in Austria.

Having won the Argentinian GP earlier this season, Crutchlow – who lies eighth in the points standings – knows what it takes to taste success but he also knows how easy it is to turn a promising position into disaster.

That is the difference between the Briton and Spaniard Marc Marquez. The Repsol Honda rider is the master at riding right at the limit of his abilities and is 3/2 to take the chequered flag at Silverstone.

Marquez finished second last time out in Austria behind fellow Spaniard Jorge Lorenzo and the factory Ducati rider is 11/4 to win ahead of team-mate Andrea Dovizioso who is 333/100 for the race victory.

With Ducati having won the 2017 race, Lorenzo will know his machine is suited to the circuit.

Valentino Rossi has plenty of support in Britain but 9/1 looks too generous to be true.

A poor run of results for the Italian and Spanish team-mate Maverick Vinales have left all at the Movistar Yamaha team scratching their heads as they look for a solution.

The unpredictable British weather could play an important role and at 33/1 Ducati rider Jack Miller is great value if it rains on Saturday during qualifying and even more so during Sunday’s race.

How the Austrian Grand Prix finished:

Lorenzo won a nip-and-tuck battle with Marquez to take the Austrian Grand Prix win at the Red Bull Ring.

The Spaniard edged out his fellow countryman by just over a tenth of a second, with Dovizioso making it two Ducati’s in the top three.

Crutchlow was a distant and lonely fourth ahead of Danilo Petrucci, who again showed why he has been picked to trade up to the factory Ducati next season.

Rossi was sixth ahead of Marquez’s team-mate Dani Pedrosa, winding down after announcing he will retire from racing at the end of the season following 13 years in the employment of the Honda Racing Corporation.

Zarco’s results have suffered badly after it was announced he had decided to accept KTM’s impressive offer to race for the Austrian manufacturer next season.

In the absence of the injured Pol Espargaro it was left to Bradley Smith to finish as the top KTM rider at the company’s home race in 14th.

Stay close to the action with the bwin app. Access more markets than any other betting provider and scan our in-depth motorbikes statistics menu to find and make your bet selections fast. Download now the best betting app.