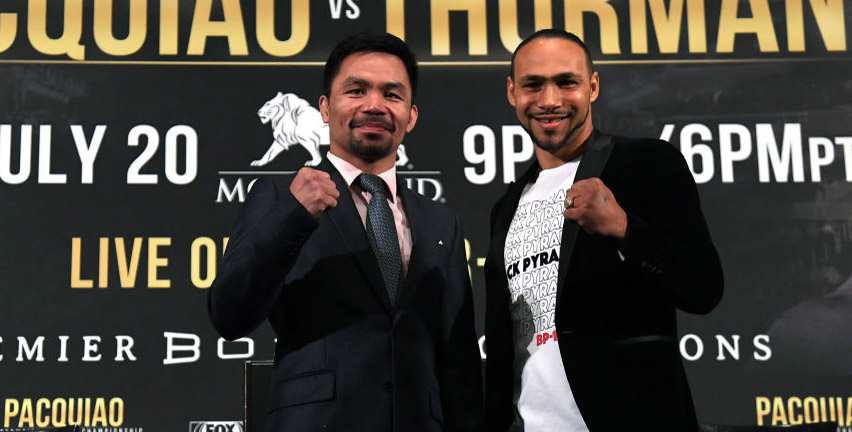 Manny Pacquiao is fancied to inflict a first defeat on Keith Thurman when challenging for the WBA super welterweight title in Las Vegas.

Pac Man may be in the twilight stages of his incredible career at the age of 40, but he remains a consummate professional and is coming off a fine win over Adrien Bonner.

His American opponent has been a world champion since 2013 but has had long periods of inactivity due to injury and looked poor when beating Josesito Lopez in January.

We’re going with the Filipino legend to come out on top at 18/25 for our initial Pacquiao vs Thurman prediction.

Pacquiao was expected to be given a tough test by the talented Broner last time out but ultimately prevailed via a convincing points decision.

The evergreen veteran outworked Broner and was the more aggressive fighter throughout, as he improved his record to 61-7-2.

Pac Man is a decade older than his next foe but told Boxing Scene: “I believe I have the better speed and footwork. I certainly have better experience against better opponents.

“Thurman is going to be surprised by what he sees from me. I have heard what he has said. The more he trash talks, the more his insecurities show. I know he senses what is coming his way.”

Pac Man has claimed 10 of his last 11 wins on points, so 69/50 he prevails via that manner again stands out from the Pacquiao vs Thurman odds.

Thurman claimed a couple of decent scalps when edging out Shawn Porter and Danny Garcia on some tight scorecards and seemed all set to cash in on those triumphs with a big pay-day at that point.

However, injuries to his right elbow and left hand then saw the Florida fighter sidelined for almost two years.

He returned to action with a lacklustre victory against the moderate Lopez in January and now has to prove the temperament, desire and physical tools remain intact.

The 30-year-old earned the nickname ‘One Time’ for his prodigious punching power, which brought 18 wins inside the distance from his first 19 victories.

Pacquiao’s hall of fame trainer Freddie Roach feels even that formidable weapon has been eroded by the injury problems, though.

“If you look at his last few fights, he’s really faded in each one of them,” stated Roach. “I do feel like he possibly has an injury that has not healed.

“He usually relies on that big overhand right and lately he hasn’t had any success with it.

“He sets it up with a pawing jab and then goes with the big overhand right, but his timing is just way off right now.

“You look at him in his earlier career and he was knocking guys out with that shot. The last three fights, he’s not knocking out anybody with nothing.”

Everything points towards this being a long night, so 9/25 for the fight to go the full 12 rounds completes our Pacquiao vs Thurman betting tips.

Juventus vs Tottenham: Spurs fancied to shine in Singapore
Celtic vs FK Sarajevo: Hoops to avoid any Parkhead scares
Author 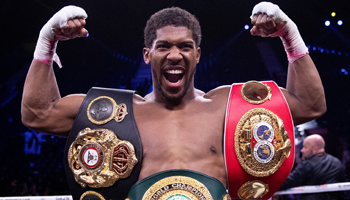 Joshua vs Pulev: AJ to brush aside Cobra in London