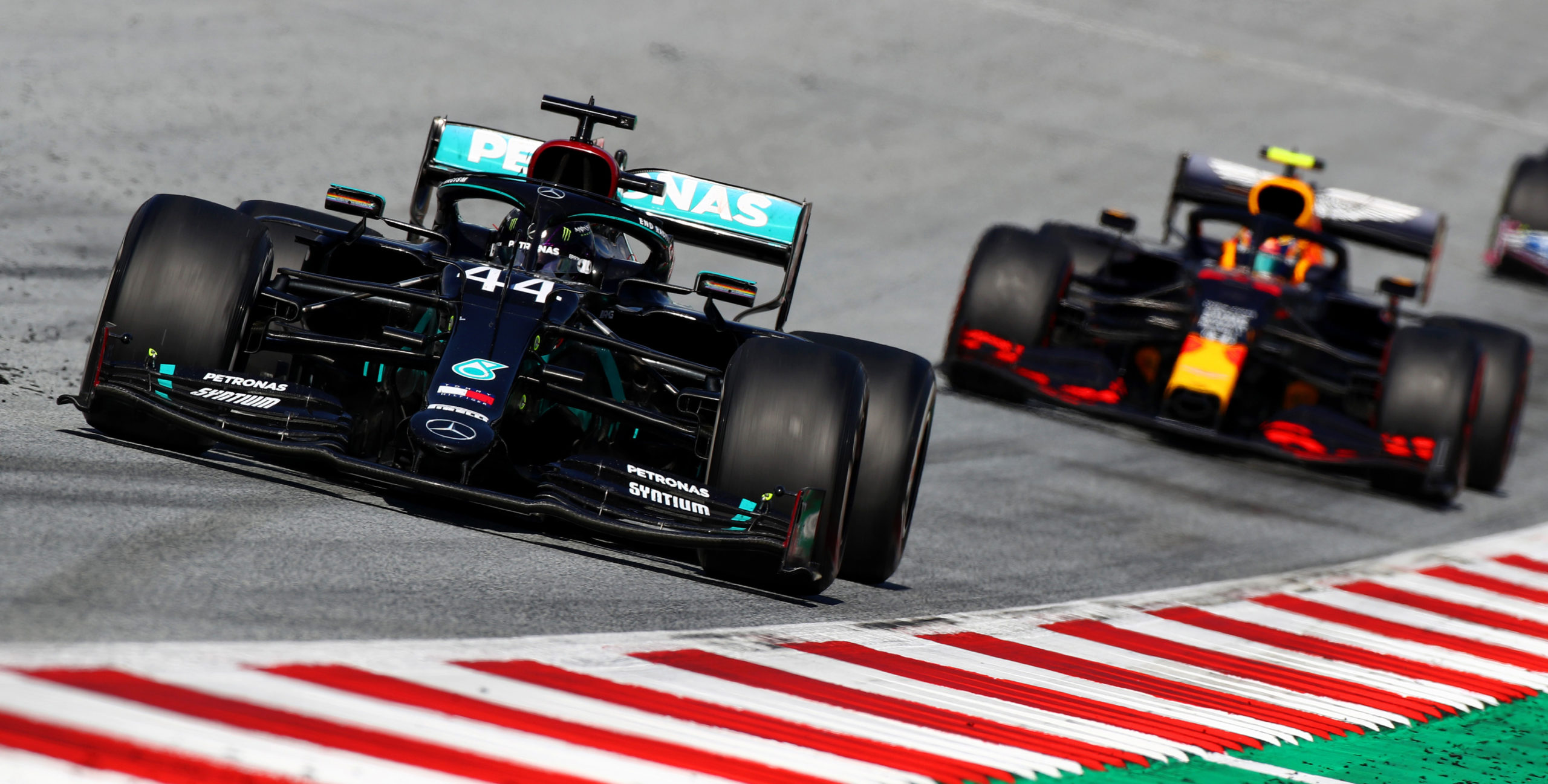 Lewis Hamilton will be out to make amends for a disappointing start to his championship defence at the second successive Austrian Grand Prix this weekend.

The Formula One circus is remaining in Spielberg this week for another race at the Red Bull Ring and viewers will hope for a repeat of Sunday’s thrilling season opener which was won by Valtteri Bottas.

His Mercedes team-mate Hamilton had to settle for fourth place but appeals at 19/20 to get back to winning ways as our opening Austrian Grand Prix prediction.

Hamilton was forced to start Sunday’s race three places back from his qualifying position of second after being penalised by the stewards for a yellow-flag infringement in qualifying.

He eventually fought back to cross the line as runner-up – finishing just half a second behind Bottas in the sister Mercedes car – but he was then slung back to fourth after the stewards found him guilty of punting Alexander Albon into the sand trap with 10 laps to run.

There was still enough evidence to suggest Hamilton remains the driver to beat, assuming he can avoid the mishaps which blighted his opening weekend.

How the Austrian Grand Prix finished

While it was a weekend to forget for Hamilton on the track, it was a memorable one for McLaren’s Lando Norris, who eclipsed Hamilton as Britain’s youngest F1 podium finisher.

The 20-year-old delivered the most important 67 seconds of his life to set the fastest lap of the race with his final tour of the Red Bull Ring, edging out Hamilton by just 0.2 seconds for the last spot on the rostrum.

Norris started third but had dropped to fifth when McLaren hauled him in for fresh tyres during the second of three safety cars.

During a dramatic final 10 laps, Norris fell back another spot before passing team-mate Carlos Sainz and then succeeding with a gutsy move on Racing Point’s Sergio Perez.

“There were a few points in the race where I thought I had fudged it up,” admitted Norris.

“I would love to say we can achieve this again next weekend. We did have a little bit of luck but we have a good car and we’ve kicked the season off with a great result.”

Bwin are offering Austrian Grand Prix odds on head-to-head battles between each set of team-mates and we’re happy to oppose Norris this weekend.

Sainz, who secured a maiden podium finish in Brazil late on last term, picked up almost twice as many points as Norris last season and the British novice may still lack consistency. Both drivers are 17/20 to come out on top and we think Sainz looks better value.

Just 11 of the 20 cars made it to the finish on Sunday due to a series of mechanical failures, likely owing to the seven-month break since the last race in Abu Dhabi on December 1.

That could again be an issue this weekend so we’re going for Max Verstappen not to finish in the top three at 13/10 for the last of our Austrian Grand Prix betting tips.

He was forced to retire on lap 11 of the first race and, even if he makes it to the end, he is worth opposing for a podium finish if this week’s race proves just as eventful.

Brighton vs Liverpool: Salah to be the saviour again
Bournemouth vs Tottenham: Goals to flow in Spurs success
Author