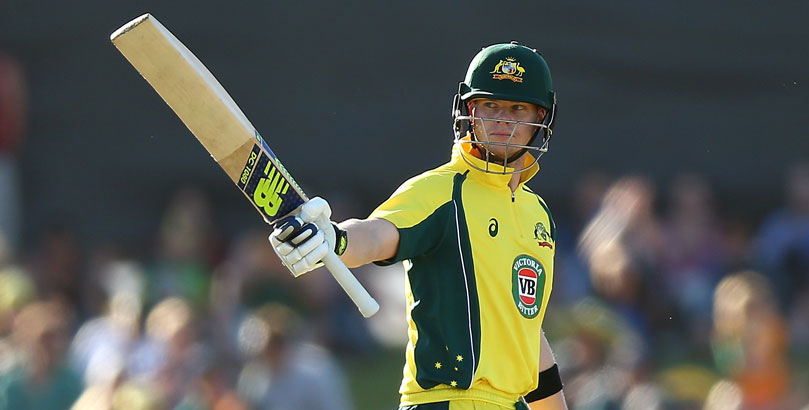 Sri Lanka will be keen to avoid the rain as they attempt to kick-start their World Cup campaign after back-to-back washouts.

The Lions have struggled in their two completed matches, following a 10-wicket thumping by New Zealand with an unconvincing win over minnows Afghanistan, and now face an in-form Australia.

The Oval has seen teams batting first rack up scores of 311 or more three times in four matches, so there should be plenty of boundaries.

Three of the four games involving Aaron Finch’s side have also included 11 sixes or more, making over 10.5 maximums at 9/10 appealing as our initial Australia vs Sri Lanka prediction.

The Aussies are moving along nicely in the tournament, bouncing back from a defeat to India with victory over Pakistan to make it three wins from four.

David Warner was the star of the show with a ton at Taunton before Pat Cummins took three wickets.

Warner and Smith have received boos from the crowd since returning to international cricket following a 12-month suspension for their part in the ball-tampering scandal.

However, Warner said: “The boos? We don’t really hear that when we are out there. We’re out there to do a job. Look, it’s water off a duck’s back, I get it all the time, I’ve had it my whole career.

“It actually eggs us on a lot, it makes us knuckle down and try and score more runs, if anything.”

Having hit back-to-back half-centuries, Smith suffered a rare failure by his standards with just 10 in Somerset.

The right-hander top-scored with 69 against India at the Oval and has two fifties in his last three one-day internationals against Sri Lanka.

Therefore, Smith can be backed at 333/100 to be his side’s highest run-scorer in the Australia vs Sri Lanka odds.

The Lions’ batting has proved their downfall in this tournament, skittled for 136 by the Kiwis and then 201 by Afghanistan following a collapse of nine wickets for 57 runs.

Skipper Dimuth Karunaratne said: “Every game is a challenging game. We are trying hard.

“We played a practice game against Australia. We know how they are and how they are going to play so those are the things we have to look after.

“We keep planning and doing the right things and hopefully we can play a game.”

Karunaratne has shown some sort of form with the bat, though, after hitting three half-centuries in his last five innings, and will need to produce again at the top of the order.

The left-hander is 7/2 to top score for his side in our Bangladesh vs Sri Lanka betting tips.