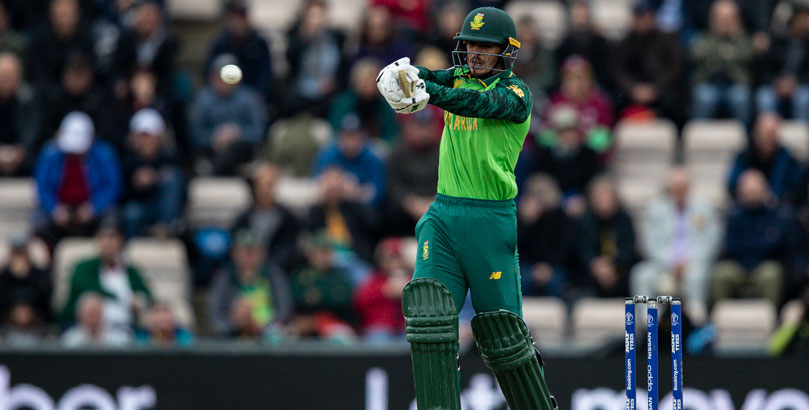 South Africa are in desperate need of a win against Afghanistan after picking up only one point from their first four World Cup games.

The Proteas had a nightmare opening week to the tournament with three defeats before a washout against West Indies got them off the mark.

They have struggled to get fast starts with the bat in their last two matches, losing their first wicket on 11 runs both times, while Afghanistan could find it difficult first up against Kagiso Rabada and Imran Tahir.

That makes 17/20 for the first wicket to fall before 30.5 runs are scored appealing in our initial Afghanistan vs South Africa prediction.

A Look At Afghanistan’s Betting Odds

As expected, minnows Afghanistan prop up the table after losing their first three matches.

They have played the top two in Australia and New Zealand, though, making scores of 207 and 172 in the face of impressive bowling attacks, but it will be their batting display against Sri Lanka in Cardiff that disappointed them.

They had a fine chance of causing an upset by triggering a collapse and dismissing the Lions for 201, only to replicate their opponents’ poor performance with the bat in making just 152.

Afghanistan will be confident of taking advantage of South Africa’s lack of confidence in their first one-day international meeting, at the same venue they lost to Sri Lanka.

They will need star man Rashid Khan on form, with the leg-spinner taking three wickets in as many games, including 2-17 against Sri Lanka.

The 20-year-old will be craving a big performance to kick-start his tournament and he is 81/50 to be his side’s top wicket-taker in the Afghanistan vs South Africa odds.

Ottis Gibson’s team are in disarray after losing to England, Bangladesh and India before a washout against West Indies.

Like Afghanistan, South Africa have struggled with the bat as the absence of AB de Villiers continues to hurt them.

Captain Faf Du Plessis said: “We’re in this position because we haven’t played our best cricket. We don’t deserve to be anywhere close to the top of the log. So we have to play our best.

“We need to start playing better cricket, more consistent, more solid cricket. If we start doing that we’ll gain a lot more confidence for the latter stages. We need individuals to stand up and step up morale.”

Opener Quinton de Kock, who has scored five half-centuries and one hundred in his last 10 ODIs, is their best hope and top-scored in their opening defeat to hosts England before struggling.

However, he will be back to his best in Wales and 11/4 for him to be the Proteas’ leading run-scorer completes our Afghanistan vs South Africa odds.