We’ve reached the Conference Semi-finals with our MLS predictions and are eyeing a 3.93 double from Sunday’s two fixtures.

Bwin have hundreds of soccer betting markets on these games and we’ve picked out our best selections for punters to consider.

Sporting finished 10 points clear of Real in the Western Conference and will have home advantage after beating Vancouver 3-1 at Children’s Mercy Park last weekend.

However, they were upset here and in Salt Lake by their mid-table rivals during the regular season, so we can’t take anything for granted.

Real held out for a goalless stalemate when visiting second-placed Seattle in the first round, before shading a penalty shoot-out 6-5.

The Sounders had 62 per cent of the possession and led 21-0 in attempts on goal across 120 minutes of play, but couldn’t find a way past David Ochoa.

“My mentality going into the game was just to slow things down, not let Seattle get into a rhythm,” said the 20-year-old keeper. “I think I did that pretty well, so I’m glad to move on.”

Only a stoppage-time Damir Kreilach goal separated these teams at this venue earlier this month and another tight tussle could be on the cards, especially early on.

We’re at the business end of the campaign and everything points towards this being a cagey contest, with chances few and far between.

There was nothing to separate these teams in the Eastern Conference table, with both claiming 54 points to finish second and third behind runaway leaders New England.

Their head-to-head meetings were also evenly matched, with each side securing a narrow 1-0 success on home turf.

Nashville came from behind to beat Orlando 3-1 in Tennessee on Tuesday but are expected to adopt a more cautious approach here.

Philadelphia had to wait until the 123rd minute before edging out New York Red Bulls 1-0 in extra-time at Subaru Park.

Even then, it took a stunning, 25-yard half-volley from defender Jakob Glesnes to break the deadlock.

It would be a major surprise to us if this contest develops into an open affair and goals should be at a premium for our MLS predictions. 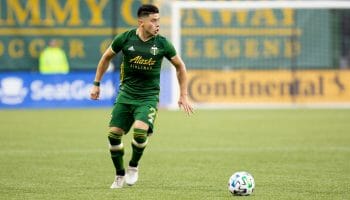