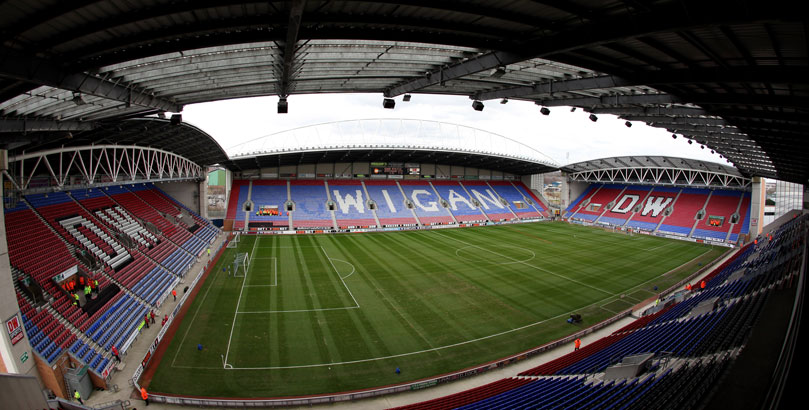 What Trueform says for Wigan vs Bristol City

Bristol City are regularly tracking above Wigan on our Trueform chart and even impressed in Tuesday night’s 4-2 Championship loss at West Brom.

However, the likeable Latics are unbeaten in four home matches this term, picking up 10 points out of a possible 12 at DW Stadium.

That makes us lean towards 5/2 for a draw as our initial Wigan vs Bristol City prediction.

Wigan had to withstand some early pressure from Hull here in midweek but goals from Sam Morsy and Josh Windass helped them to eventually run out 2-1 winners.

The Latics might even have obliged by a more convincing margin had Nick Powell, Windass and Michael Jacobs made better use of decent chances in the final quarter.

“I thought we were very good value for that,” insisted assistant coach Anthony Barry. “We ground out a foothold in the game and from there we grew into it.”

Wigan have also beaten Sheffield Wednesday and Rotherham at this venue, as well as drawing with Nottingham Forest, while their only points on the road came via a shock 3-0 triumph at Stoke.

Paul Cook’s men always try to play good football going forward and 17/5 for a score draw stands out from the Wigan vs Bristol City odds.

Bristol City’s run of four straight Championship wins came to an end when they found West Brom too hot to handle in a 4-2 loss at the Hawthorns.

However, Lloyd Kelly and Famara Diedhiou grabbed second-half consolations for the Robins, who had enough chances to take a point.

City boss Lee Johnson said: “I didn’t feel it was a game we deserved to be 3-0 down in but a quality counter-attack and some poor defending cost us.

“Not enough went for us, due to us not performing the basics well enough. That’s where we need to improve, but is it an off-day or the opposition’s quality? It’s difficult to say.”

The Robins had previously netted nine times in wins over QPR, Swansea, Blackburn and Sheffield United, so they do not lack attacking firepower of their own.

Let’s finish off our Wigan vs Bristol City betting tips by taking a tasty 13/1 for a 2-2 draw.

QPR vs Millwall: Hoops have built up plenty of momentum
Joshua vs Povetkin: AJ to tame White Lion at Wembley
Author