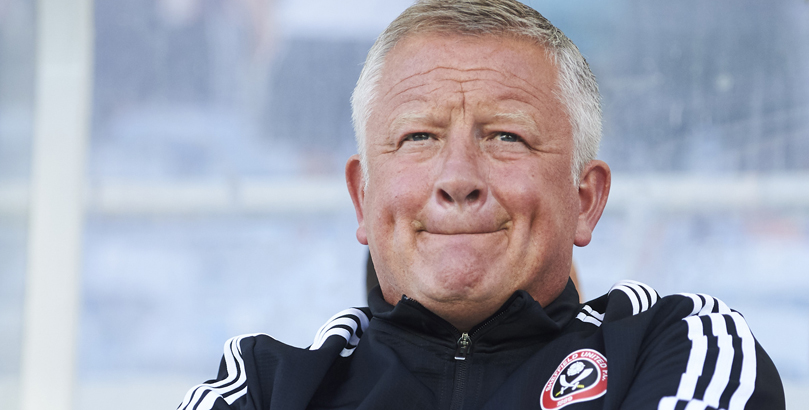 Sheffield United and West Ham were involved in a couple of close encounters last season and another tight tussle is expected at Bramall Lane on Sunday.

The Hammers are in much better shape this term, but the Blades will be looking to pick up after coming through a tough run of Premier League fixtures.

We think 9/4 for a stalemate in South Yorkshire is the way to go with our first Sheff Utd vs West Ham prediction.

Chris Wilder will be hoping the international break proves a chance to reboot and start again after struggling in the early part of this campaign.

The Blades have only secured one point so far, via a home draw with Fulham, and are rooted to the foot of the table.

David McGoldrick’s neat flick gave Sheffield United an early lead at Chelsea last time out, but the Blues hit back to prevail 4-1.

However, Wilder’s men have been competitive in narrow losses to the likes of Liverpool, Manchester City and Arsenal, so the Bramall Lane boss will be keen to capitalise on a kinder run-up to Christmas.

“The next 10 games are big for us, the players understand that,” said Wilder.

“They worked really hard to get us into this position, in the Premier League, and they want to protect that – we all do.

“Our season won’t be defined by playing Liverpool, Manchester City and Chelsea. We need to get a foothold in the division in the next series of games.”

Doubling their points tally with a draw here wouldn’t be a bad start, so 23/4 for a 1-1 scoreline appeals from the Sheff Utd vs West Ham odds.

The Hammers were then grateful for a shocking penalty from Ademola Lookman in the 95th minute to help them see out that victory.

However, 11 points from eight matches is seen as an encouraging early effort from the London outfit, especially as they have faced some testing fixtures, too.

Wolves and Leicester were beaten by an aggregate score of 7-0, while draws against Tottenham and Manchester City warrant a favourable mention.

“We’ve started this season and been excellent, it is working well,” said defender Aaron Cresswell.

“I don’t think we’re going to aim for targets. It’s an old cliche but the most important thing is looking forward and concentrating, being focused on the next game.

“Over the first eight games, against some of those teams, we picked up fantastic results. Consistency is the key, and if we can maintain the level we’re at now, I’m sure we’ll be OK.”

Getting Michail Antonio back from injury would be a huge boost but he will need time to reach peak fitness and we feel the visitors may have to settle for a share of the spoils here.

Let’s add 18/5 for the scores to be level at half-time and full-time to our Sheff Utd vs West Ham betting tips.