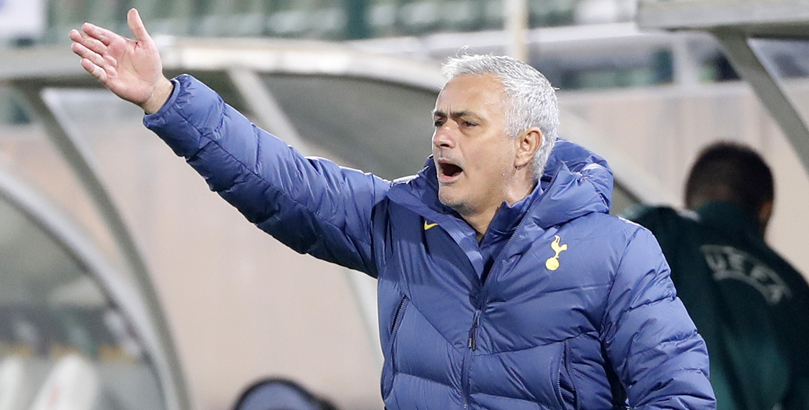 Tottenham outworked Manchester City when beating them 2-0 on home turf in the Premier League back in February and are a value bet to repeat the trick.

The Blues are unbeaten on the road this season but have been far from convincing in some of their away fixtures and just don’t seem the dominant force of recent years.

We reckon 3/1 for Spurs to come out on top is tempting enough to be our first Tottenham vs Man City prediction.

Tottenham have had to scrap for three straight top-flight victories over Burnley, Brighton and West Brom, prevailing by the narrowest of margins on each occasion.

However, the fact that Spurs managed to grind out those wins during a hectic period highlights how their mental toughness has improved under Jose Mourinho.

With his side second in the Premier League, through to the Carabao Cup quarter-finals and in good shape to qualify for the Europa League knockout stages, Harry Kane hailed the manager’s influence.

“The last couple of wins have been important – we perhaps didn’t perform as well but we ground out the results,” Kane told Spurs TV.

“Obviously, Jose is a winner at every level, he has come in with that aura about him and he wants to win things here.

“It is just installing that confidence into the team, he is a great man, with great experience, so us as players can only look at that and take confidence from that.”

Mourinho has made his negative feelings towards the international break clear and Matt Doherty will miss this game after testing positive for coronavirus while away with the Republic of Ireland.

Son Heung-min was also forced to quarantine in a hotel in Austria after six of his South Korea team-mates caught the virus.

Most Spurs players should still return refreshed and raring to go, though, so 91/100 for the hosts to avoid defeat appeals from the Tottenham vs Man City odds.

Steven Bergwijn is available despite missing the international break due to an unspecified injury. Erik Lamela (Achilles) is close to a return while Matt Doherty is self-isolating.

City went into the international break on the back of an absorbing 1-1 draw with Liverpool which arguably raised more questions than answers about both teams.

The Blues were run ragged early on and fell behind to a Mohamed Salah penalty, before Gabriel Jesus levelled against the run of play just after the half-hour mark.

Kevin De Bruyne missed a spot-kick prior to the interval and the second period was then a far more subdued affair which rarely sparked into life.

Jesus felt the hosts had let two points slip, with the Brazilian stating: “We have to win all the games we play here.

“We have to control more, play more, attack like we have in the past and try to score from our chances.

“The result is maybe not as good for us as for them but we have to keep fighting to the end because there are a lot of games to play.”

City have been hampered by injury problems this term and there were further knocks for Raheem Sterling and Nathan Ake while on international duty.

However, there also seems something missing in their general play, with energy levels perhaps down due to a shortened summer rest.

The Blues were rocked at times during 1-1 draws away to Leeds and West Ham and look vulnerable on this trip to London.

Let’s go with 23/2 for a 2-1 home win for our final Tottenham vs Man City prediction.

City will check on the fitness of record goalscorer Sergio Aguero and Sterling.

Captain Fernandinho, recently sidelined with a muscular injury, is now out after suffering gastroenteritis. There are also doubts over defenders Ake and Benjamin Mendy.