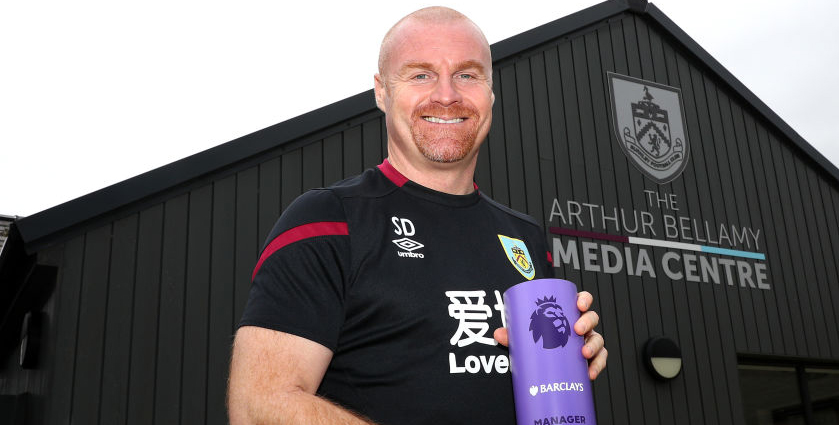 Burnley did the double over Southampton last season and are rated a value bet to come out on top again when they meet at Turf Moor on Saturday night.

In fact, the Clarets have gone seven Premier League encounters without losing to Saints, picking up maximum points from four of those fixtures.

That head-to-head record makes 11/5 for a home win hard to resist for our first Burnley vs Southampton prediction.

Burnley made a belated start to the new league campaign by going down 4-2 at Leicester, but were competitive throughout that action-packed contest.

Chris Wood gave the Clarets an early lead and they were unlucky to go 2-1 behind via Erik Pieters’ own goal.

Jimmy Dunne kept hopes alive of a positive outcome when heading in to make it 3-2 on 73 minutes, but Dennis Praet’s superb 20-yard strike soon after settled the issue.

Sean Dyche has been hampered by early injury problems but was delighted with the spirit shown at King Power Stadium.

He said: “There are certainly positives there; we are stretched at the moment but the mentality was excellent.

“Some of the chances we created were really good at this level and on another day, Woody could have had a hat-trick.

“The deflected goal was a killer for us, I thought we had a good grip of the game at that stage.

“We’ve got a great mentality which we’ve shown here and we’ll take it onto the next game and see where we go with it.”

With plenty of goals going in so far this season, 9/2 for a home win and over 2.5 in this match catches the eye from the Burnley vs Southampton odds.

Southampton finished last season strongly but have been slow out of the blocks this term, losing 1-0 at Crystal Palace before a 5-2 drubbing by Tottenham on home turf.

Danny Ings bagged a brace against Spurs and Saints were admittedly the better team in the first half of that contest.

However, their capitulation after the break had alarm bells ringing and it is now three straight defeats, with a near full-strength outfit losing 2-0 to Brentford in the EFL Cup.

Ralph Hasenhuttl said after the Tottenham game: “We were very naive. We don’t like to lose like this.

“I didn’t feel that we were much worse; in the first half we should be two or three goals up. The game could go in a different direction.

“But when we went down, we were very naive. If it needs such a result to get the heads clear, then I will take it.”

Saints are well set up to cause problems on the break away from home, but coping with the physicality of Burnley’s front men may prove difficult.

Wood, Ashley Westwood and Jay Rodriguez are a real handful and 21/2 for a 2-1 home win completes our Burnley vs Southampton betting tips.

Southampton will again be without winger Nathan Redmond (ankle ligament).

Burnley vs Saints tips
Bet Type
Odds
Burnley to win
11/5
Burnley and over 2.5 goals
17/4
Burnley to win 2-1
21/2
How COVID-19 has affected the sporting calendar
Crystal Palace vs Everton: Go for another Selhurst stalemate
Author