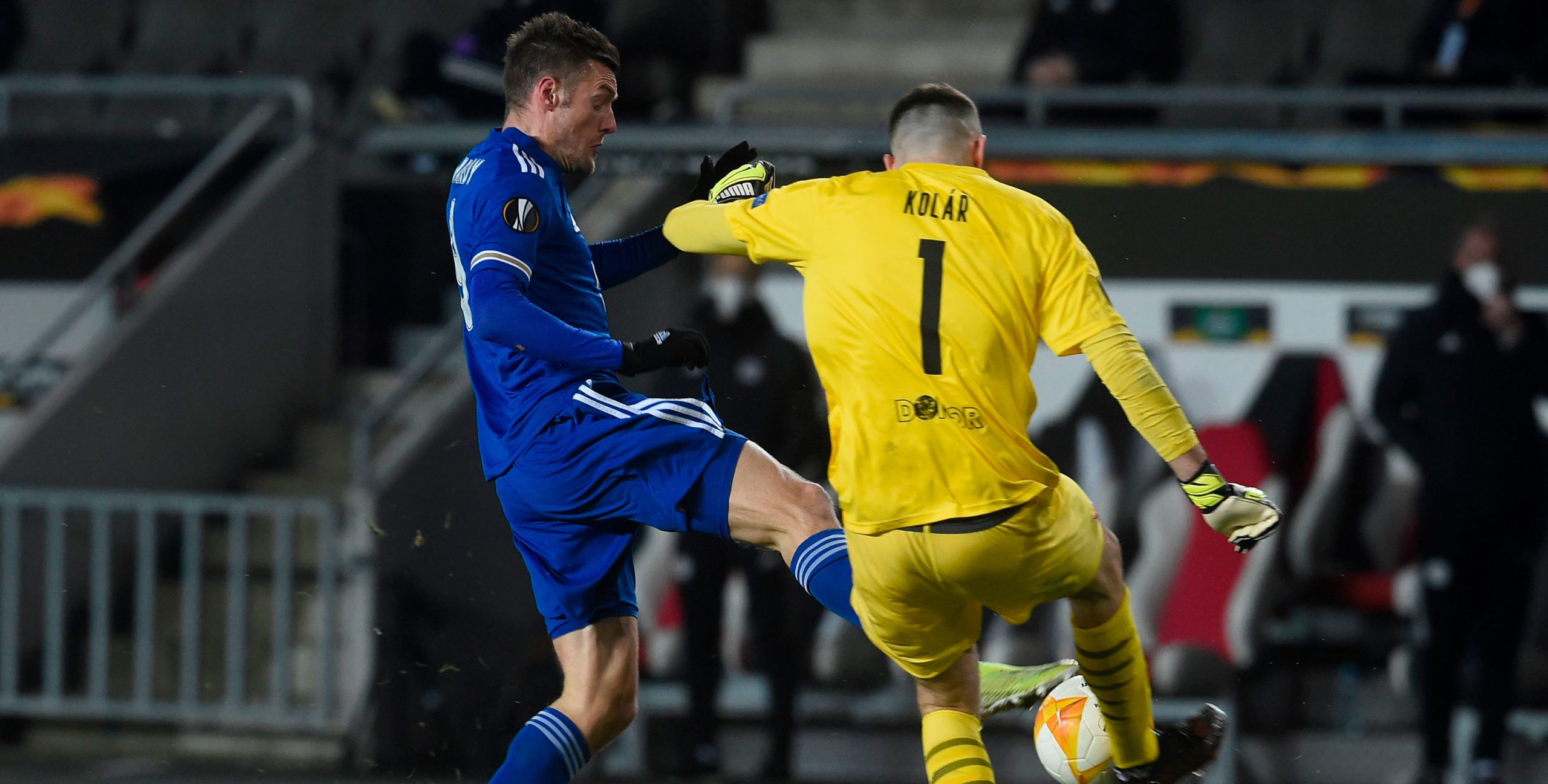 The first leg of the Europa League last-32 tie was a scrappy 0-0 draw but Leicester are now clear favourites to go through in the second leg.

A clean sheet in the Czech capital means the Foxes should progress if they can be more ruthless with their finishing at the King Power Stadium.

Both teams are well organised in defence though so a home win and under 3.5 goals at 13/10 is our opening Leicester vs Slavia Prague prediction.

There were few chances in the first leg with Harvey Barnes having a close-range effort saved by Slavia goalkeeper Ondrej Kolar while Nico Stanciu’s second-half drive was turned over by Kasper Schmeichel.

Jamie Vardy touched the ball just 13 times as the visitors struggled to create chances. He was replaced by Kelechi Iheanacho with 27 minutes left but Iheanacho was immediately booked when he caught Jakub Hromada and will miss the second leg.

Boss Brendan Rodgers has vowed his side will rediscover their killer instinct in the second leg, saying: “We’re in a good position and now we can really attack the second leg at home.

“It’s set up really well for us. You want to go away and keep a clean sheet, if you can score even better.

“In the Europa League we have been solid away from home and at home we have played really well and scored, hopefully that’ll be the case next week.”

The Foxes have been ahead by half-time in all three home games in the Europa League this season and gone on to win comfortably on each occasion, so the hosts to be leading at both half-time and full-time also appeals at 13/10 in the Leicester vs Slavia Prague odds.

Slavia Prague may be underdogs heading into the second leg but it would be a surprise if they are blown away.

Last week’s stalemate was followed by a 1-1 draw at Teplice, meaning they have lost just one of their last 20 matches in all competitions.

Speaking after the first leg, boss Jindrich Trpisovsky said: “Leicester were very strong and had the most powerful line-up they could have. When they were on the ball it was unpleasant for our team but our defence was very strong.

“It went as expected, we could have limited the number of opportunities but our performance in the second half was good. If we had kept the performance at this level it could have been even better.

“It’s a great result but next week Leicester will have an advantage.”

The Foxes look to have the extra quality, especially in attack, so a 2-0 home win at 7/1 is our final Leicester vs Slavia Prague prediction.

Man Utd vs Real Sociedad: All change at Old Trafford
Arsenal vs Benfica: Gunners get confident vote in Greece
Author