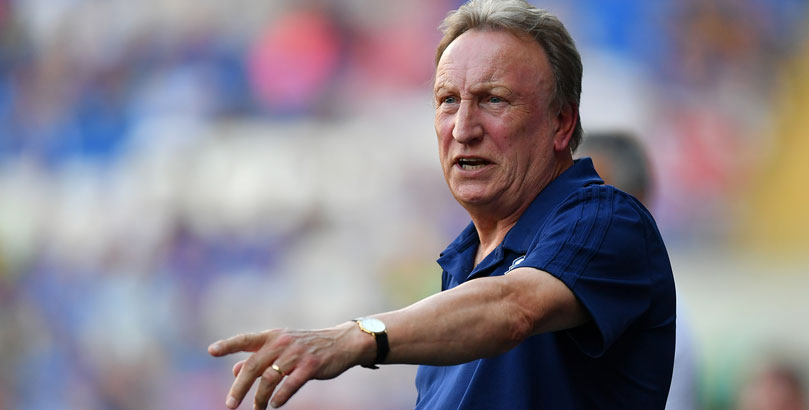 Cardiff are three points behind Sheffield Wednesday in the Championship table after 11 rounds of fixtures but still appeal due to their strong home form.

The Bluebirds have secured four victories and a draw with Fulham from five league games in Wales, beating QPR 3-0 in the last match at this venue.

That record commands respect and 23/20 for City to oblige again here is our opening Cardiff vs Sheff Wed prediction.

Cardiff were beaten 4-2 at high-flying West Brom prior to the international break but did not enjoy the rub of the green at The Hawthorns.

Robert Gladzel had an effort disallowed for offside when the score was 2-0, while Danny Ward’s brace pulled it back to 3-2 before Romaine Sawyers ended hopes of a comeback in stoppage time.

Neil Warnock also felt there was a foul in the build-up to Albion’s first goal and overall he was satisfied with the spirit shown by his side.

He said: “We could have caved in at half-time but we didn’t, we came back.

“Danny Ward took his goals well and could have had a hat-trick, so they know they have been in a game.”

Warnock will now be hoping for another strong showing on home turf and 5/2 for City to lead at half-time and full-time here for the fourth time this term stands out from the Cardiff vs Sheff Wed odds.

Wednesday have done better than most people were predicting after they started the season with caretaker boss Lee Bullen in charge following Steve Bruce’s switch to Newcastle.

Bullen led the Owls to three wins and the same number of defeats in Championship fixtures, before Garry Monk arrived and provided an immediate boost.

A 1-0 victory over Wigan at Hillsborough made it three wins and a draw from five league games for Monk, putting Wednesday in eighth place, just three points off the summit.

Monk said: “I’m pleased to have the three points and a clean sheet going into the international break.

“After (losing at) Hull, it’s important as a team you’re able to respond and get a positive result when you’ve suffered a setback. We have to be pleased with that.”

Only Leeds and Bristol City have scored more times on the road, so Wednesday will be a threat going forward, but they have tasted defeat at Millwall, Preston and Hull.

We’re happy to take the Owls on at such a tough place to visit, so 16/5 for a home win and both teams to score is added to our Cardiff vs Sheff Wed betting tips.

New Zealand vs Ireland: All Blacks to be pushed hard
Pelicans at Raptors: NBA champions to make winning start
Author