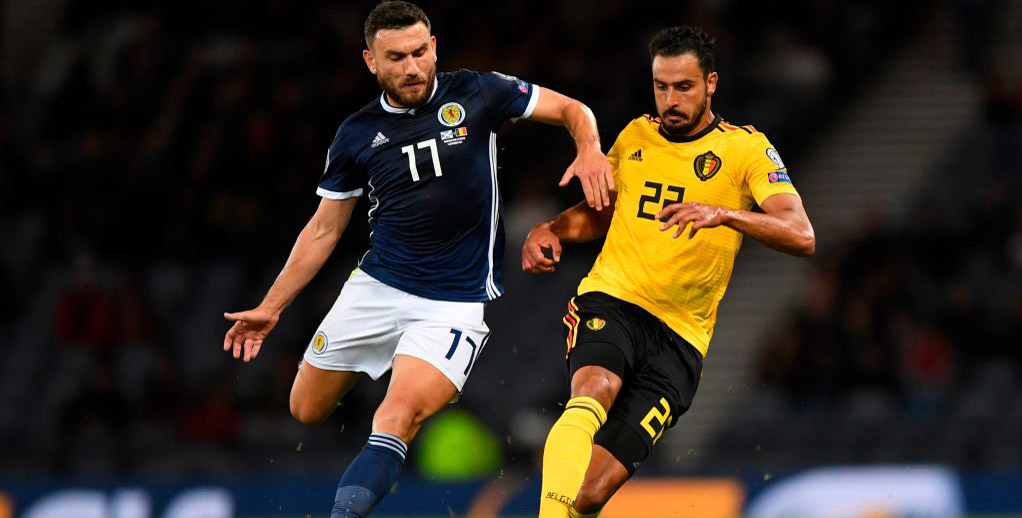 Scotland must try to salvage some pride from a miserable Euro 2020 qualifying campaign when hosting Group I whipping boys San Marino at Hampden Park.

The Scots suffered a fourth straight defeat in this pool when losing 4-0 away to Russia on Thursday, but their next opponents were crushed 9-0 by Belgium on the same night.

Steve Clarke said Scotland must ensure their defeat in Russia was the “lowest of the low” after they conceded all of the goals in the second half.

While their main focus is now undoubtedly March’s Nations League play-offs, the importance of establishing a winning mentality within the camp ahead of those games cannot be overstated.

Comprehensive wins and strong performances could give Clarke’s troops a much-needed boost in confidence ahead of that second chance to reach the Euro 2020 finals.

Midfielder Scott McTominay commented: “Football is not always sunshine and rainbows, you have to stick in through the bad moments and obviously keep pushing as a team.

“We know what we have to improve on, we’ve had numerous conversations about it as a group and obviously with the staff as well. And it’s up to us now.

“I feel like we’ve got everything in front of us that we need to achieve and sometimes you can have a wake-up call, which can be the best thing for you.”

An early goal would certainly help here and 3/4 for the hosts to be ahead after 15 minutes appeals from the Scotland vs San Marino odds.

San Marino sit bottom of the FIFA World Rankings and are currently on a 34-match losing streak after that latest beating in Brussels.

They have failed to score or pick up a single point in any of their seven Group I matches, but manager Franco Varrella is determined to enjoy the Hampden Park experience.

He said: “I’m sure it will lift the players but it’s also great for me as the coach to come to a stadium like this. It kind of gives you goosebumps.

“I’ll certainly be trying to get this over to my players that they’re coming here to play against one of the most historic national teams in world football in a stadium like this.

“I hope Scotland play their usual style, hopefully they don’t punish us too much. We’ll try to resist them as much as we can and hopefully cause them some problems at the other end of the pitch.”

However, Scotland were booed off the pitch when only winning 2-0 in San Marino with Alex McLeish in charge, so they will be keen to win over a few fans this time.

The visitors have lost 4-0 three times in their last four fixtures and 5/1 for a repeat of that scoreline in Glasgow completes our Scotland vs San Marino betting tips.