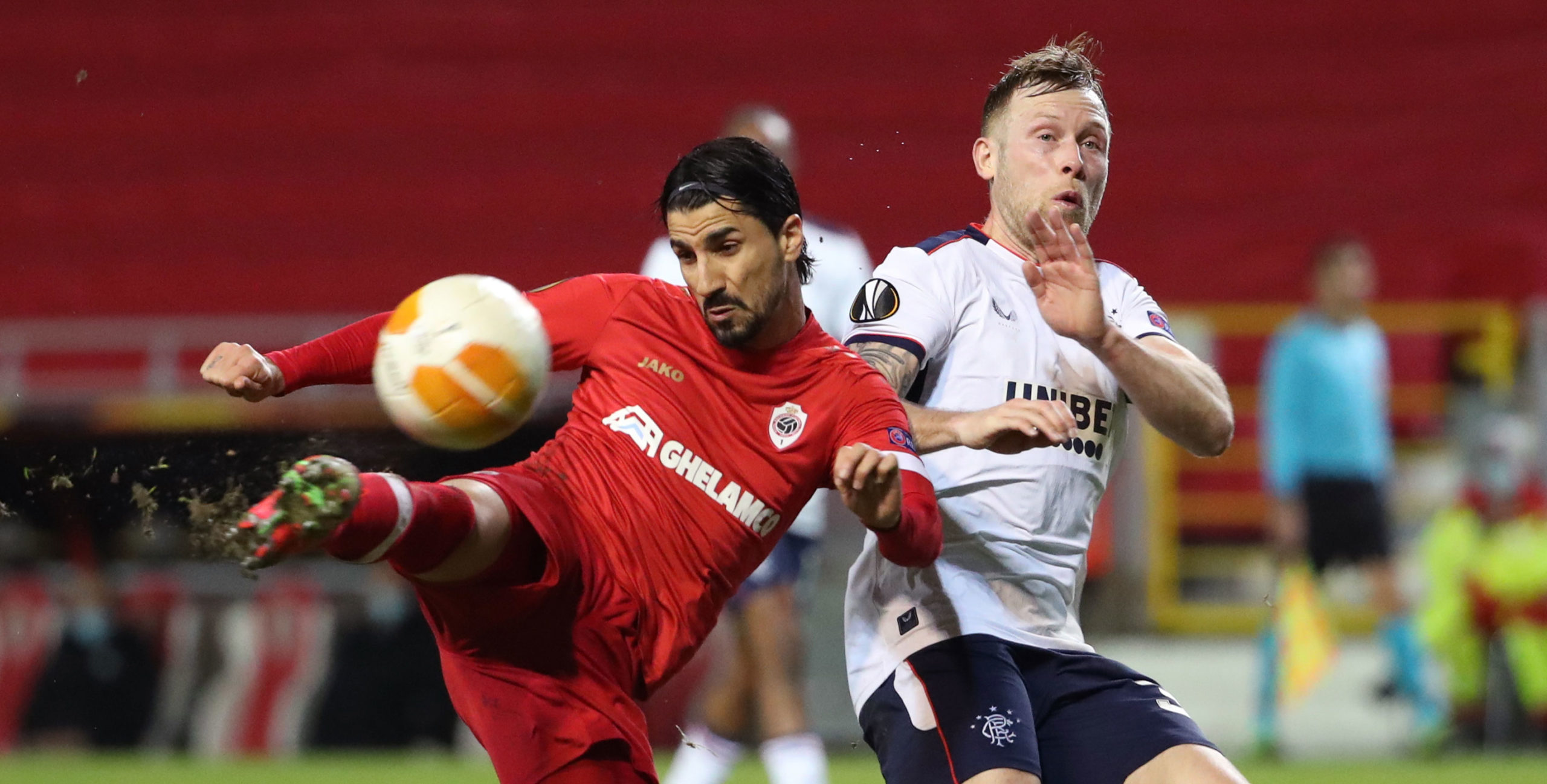 Rangers have one foot in the last 16 of the Europa League after a 4-3 win in the first leg but still face a tricky test in the return match at Ibrox.

The visitors will need to score at least twice if they are to progress so both teams to score at 7/10 looks a solid Rangers vs Antwerp prediction.

Joe Aribo fired Rangers ahead in the first leg only for Antwerp to hit back in a dramatic end to the first half with goals from Felipe Avenatti and Lior Refaelov.

Barisic levelled it up with his first penalty only for Gers to concede again as some more poor defending allowed Martin Hongla to score.

Rangers made it 10 games without defeat in Europe this term though as Ryan Kent’s equaliser and another Barisic spot-kick sealed a frenetic finale.

Frank Vercauteren’s side were missing six key men but Rangers now have their own injury problems with James Tavernier and Kemar Roofe both ruled out with injuries suffered in Belgium.

Ryan Jack also limped off during Sunday’s 4-1 thrashing of Dundee United so the Scottish champions-elect may not have things all their own way.

Speaking after the first leg, Gerrard said: “I’m obviously very pleased with the outcome of the game in terms of the result. I think the boys showed amazing character to fight for the right result.

“It was a crazy match. I’m sure the neutrals enjoyed it but as a coach I’ll be looking into it because we had too many issues defensively.

“The goals we’ve conceded are poor from our point of view. There is certainly work and a lot of improving to do. At this level, you get punished a lot more.”

Rangers have already beaten Antwerp’s Belgian rivals Standard Liege 3-2 at Ibrox this season so a home win and over 2.5 goals looks worth backing at 19/20 in the Rangers vs Antwerp odds.

Antwerp were not helped in the first leg by having to change their goalkeeper during the second half when Ortwin De Wolf replaced the injured Alireza Beiranvand, who was only playing due to the absence of Jean Butez.

The latter recovered in time to play at the weekend but suffered a different injury, meaning third-choice De Wolf is likely to start in Glasgow.

Antwerp have several other players ruled out but at least welcomed back Dieumerci Mbokani as a second-half substitute at the weekend.

With the visitors far from at full strength though, we think Rangers have the quality to also win the second leg and we’re taking a chance on a 3-2 win at 18/1 to complete our Rangers vs Antwerp betting tips.