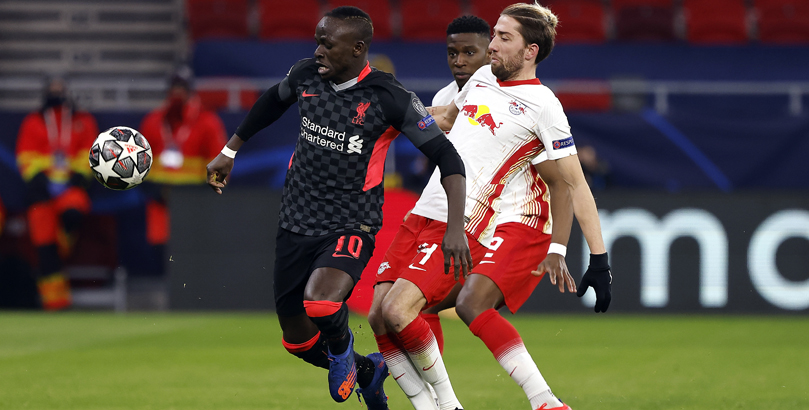 In terms of recent domestic results, the German outfit are in much better form, but the Reds were convincing victors in the first encounter, which was also played in Budapest.

We can’t get past how ordinary Julian Nagelsmann’s side looked on that occasion, so 13/10 for the Premier League team to oblige again is our initial Liverpool vs RB Leipzig prediction.

To be fair, Leipzig started brightly last month, with Dani Olmo’s diving header coming back off the inside of a post.

However, Liverpool began to assert themselves thereafter and ultimately capitalised on a couple of errors to claim a 2-0 triumph.

Mo Salah latched onto a woeful back pass by Marcel Sabitzer to slot home in the 53rd minute and Sadio Mane took advantage of Nordi Mukiele’s slip-up soon after.

“I think people expected us to slip,” said Jurgen Klopp. “I’m pretty sure a lot of people thought ‘that will be really tricky for Liverpool’. And it was, but we did it.

“We worked really hard again, there were top individual performances but really we worked together.

“The majority of the time, we had control of the game, which was very important and doesn’t happen a lot against Leipzig.”

Klopp will probably be glad of a return to Puskas Arena after Sunday’s 1-0 loss to Fulham incredibly made it six straight Premier League defeats at Anfield.

This competition has always brought the best out of Liverpool, though, both in terms of past sides and the current set-up.

With their opponents having to attack, we like 23/10 for the Reds to win and over 2.5 goals from the Liverpool vs RB Leipzig odds this time.

Leipzig are second in the Bundesliga, just two points behind Bayern Munich, after Saturday’s 3-0 success at Freiburg made it six consecutive wins in Germany’s top flight.

Nagelsmann deserves plenty of credit for moulding together a tight unit which is very easy to watch when on song.

However, there is a lack of star quality in this team in our book, with only defender Dayot Upamecano likely to attract big-money offers from potential suitors.

Christopher Nkunku, who did force Alisson to make a fine save late on three weeks ago, is their leading scorer this term with six.

Reflecting on the first leg, Nagelsmann said: “The big difference of the day was they scored on their two occasions.

“We had three big chances and just missed them, we weren’t clinical enough.

“We did well over the 90 minutes. We created a lot of big chances and at the end you have to score.

“The condition is not easy for us ahead of the second leg but it’s not impossible. We will give our everything to make it into the next round.”

Leipzig were up and down during the group stage, losing 5-0 away to Manchester United and 1-0 at PSG, but beating those sides 3-2 and 2-1 at home.

This is a tough one to call, but we’re finishing off our Liverpool vs RB Leipzig betting tips by taking 17/2 for the Reds to win 2-1.

Man City vs Southampton: City to bounce back in style
PSG vs Barcelona: No way back for Catalan outfit
Author