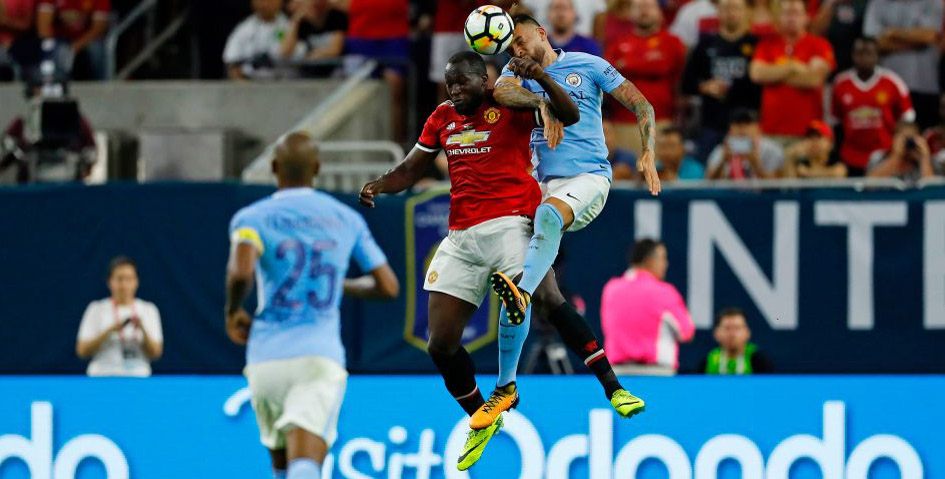 Everybody loves the passion involved in Premier League derbies and we’re taking a look at some of the fiercest local rivalries that will get pulses racing this season.

Here is the full list of classic contests we can look forward to:

It was one-way traffic in favour of the Red Devils in the Manchester derby for most of the Premier League era, as Sir Alex Ferguson kept the noisy neighbours in their place. However, cries of “our city is blue” have become more and more common in recent years, especially since Pep Guardiola arrived at Etihad Stadium. With just four miles separating the grounds, United will be desperate to turn the tide back again. Read our Manchester City vs Manchester United prediction.

The battles of Highbury and White Hart Lane may be consigned to the history books, with both teams now housed in ultra-modern stadiums, but the rivalry between these north London clubs is fiercer than ever thanks to Tottenham’s resurgence under Mauricio Pochettino. Emmanuel Adebayor holds the record for most goals scored in these matches on 10, having represented both teams, but Harry Kane is closing in on nine after netting in the last three Premier League encounters. Read our Arsenal vs Tottenham prediction.

Anfield and Goodison Park are within sight of each other across Stanley Park and this was often referred to as the ‘friendly derby’ due to families having supporters split across both sides, with few signs of segregation in the stands. However, things have become more heated on the field in recent times as the Merseyside derby has produced more red cards than any other fixture since the Premier League was formed. Read our Liverpool vs Everton prediction.

Known as the North West Derby, this inter-city feud has in the past rivalled all the great match-ups across the planet, often being compared to Barcelona vs Real Madrid. The two most successful teams in the history of English football have huge fan bases, while the hostility between these cities dates all the way back to the industrial revolution, when the construction of the Manchester Ship Canal allowed business owners to bypass the Liverpool docks. Read our Liverpool vs Manchester United prediction.

All London derbies cause tensions to mount and emotions to run high, but these two rivalries have blossomed in line with the success of the Blues. Clashes between Chelsea and the Gunners or Spurs invariably have significant ramifications on top-four prospects or the chances of securing silverware in cup competitions, while supporters on all sides do not hide their dislike for each other. Read our Chelsea vs Arsenal prediction and Arsenal vs Tottenham prediction.

Villa fans regard the Second City derby against neighbours Birmingham as their biggest rivalry, while for Wolves it is the Black Country clashes with West Brom which hold most sway. However, the Midlands has always been a hotbed of football and both sets of supporters will embrace this chance to claim local bragging rights, while the Blues and the Baggies battle it out in the Championship. Read our Aston Villa vs Wolves prediction.

Southampton’s arch-rivals Portsmouth are languishing in League One, so the New Forest derby takes on extra significance. There is a healthy gap of 30 miles between both grounds but Bournemouth, in particular, seem intent on establishing this as their biggest game of the season. “The more games we play against Southampton, the more the rivalry will grow,” said Eddie Howe. “It’s something we’re looking forward to.” Read our Bournemouth vs Southampton prediction.

The M23 derby is another rivalry which has become more prominent in recent times, partly because the Seagulls and the Eagles have met in some high-profile promotion and relegation tussles. Technically, it is the A23 which connects Brighton with Croydon, home of Palace’s Selhurst Park stadium, while the M23 doesn’t quite hit either location, but if that nickname helps to add a bit of grandeur to these occasions, we’re all for it. Read our Brighton vs Crystal Palace prediction.

England vs Australia: Wallabies to be game but outgunned
New Zealand vs Ireland: All Blacks to be pushed hard
Author