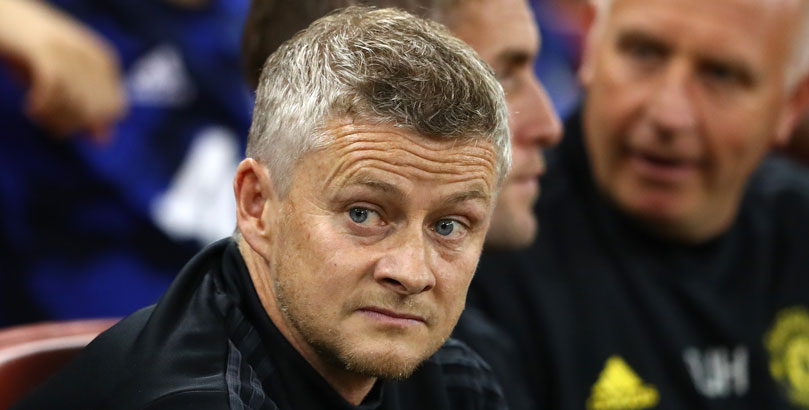 Manchester United haven’t been pretty to watch in the Europa League, but they are just about getting the job done and should see off Partizan Belgrade at Old Trafford.

The Red Devils top the Group L table on seven points after winning 1-0 in Serbia and will be all but through if doing the double over Savo Milosevic’s side.

With the hosts yet to concede a goal in this pool, Evens for them to win to nil again is our initial Man Utd vs Partizan Belgrade prediction.

“We had to defend really well,” admitted Ole Gunnar Solskjaer. “I thought their team was really good in the second half, lots of courage, send men forward, create loads of opportunities.”

The Red Devils, who had previously beaten Astana 1-0 at this venue and drew 0-0 at AZ Alkmaar, now have history on their side in the return fixture.

They are currently on a 14-match unbeaten run in this competition and have won eight of their last 10 Europa League home matches, drawing the other two.

Saturday’s Premier League loss at Bournemouth was a setback following a trio of away victories and Solskjaer will no doubt shuffle his pack again after teenagers Brandon Williams and James Garner featured in Serbia.

Another solid but unspectacular success is anticipated, though, and 5/1 for a 2-0 triumph appeals from the Man Utd vs Partizan Belgrade odds.

United will be without defender Victor Lindelof, who played at Bournemouth having been a doubt for the game but is now sidelined once more.

Left-back Luke Shaw, who has been out with a hamstring injury since August, was back on the grass but training away from the squad, while Eric Bailly, Diogo Dalot, Angel Gomes, Nemanja Matic, Paul Pogba and Axel Tuanzebe all remain absent.

Partizan are still very much in contention to progress, having followed up a 2-2 draw at home to AZ Alkmaar by winning 2-1 at Astana.

They certainly huffed and puffed in the second period against United, but that was when roared on by a vociferous home crowd.

Their overall away form is far from impressive, having lost 10 of 16 past group-stage games on the road in this tournament.

Saturday’s 4-0 home win over Vojvodina will have boosted morale, but the last two domestic away matches have ended in defeat.

Seven losses in eight visits to England is another worrying stat and former Aston Villa striker Milosevic is aware of how daunting it will be at Old Trafford.

Let’s finish off our Man Utd vs Partizan Belgrade betting tips by taking 12/5 for the Red Devils to lead 1-0 at half-time.

LASK vs PSV: Boeren can battle to Europa draw in Austria
Rangers vs Porto: Hosts to show more hunger and desire
Author