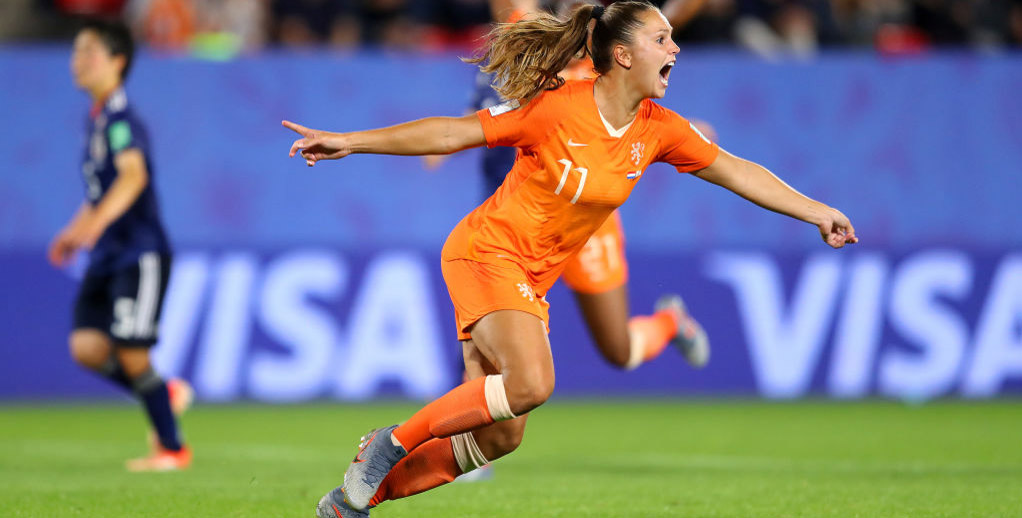 Sweden upset the odds when knocking Germany out of the Women’s World Cup, but we don’t expect lightening to strike twice when they face Netherlands in the semi-finals.

The Dutch are looking to follow up their triumph at the 2017 European Championship and have rattled off five straight victories at this tournament.

We’re snapping up 5/4 for Holland to get the job done in normal time for our initial Netherlands Women vs Sweden Women prediction.

Netherlands beat New Zealand, Cameroon and Canada to top Group E and edged out Japan 2-1 at the last-16 stage thanks to a stoppage-time penalty from Lieke Martens.

Arsenal striker Vivianne Miedema and Stefanie Van Der Gragt then both headed in during the second half of a 2-0 win over Italy in the quarter-finals.

The Dutch twice hit the woodwork before they eventually made their dominance count in a convincing performance.

The Dutch do have a tendency to do just enough, though, so 14/5 they oblige by a one-goal margin appeals from the Netherlands Women vs Sweden Women odds.

Sweden qualified as runners-up from Group F, beating Chile 2-1 and thrashing Thailand 5-1, before losing 2-0 to the USA.

The Scandinavians then battled to a 1-0 win over Canada and came from behind to stun Olympic champions Germany with a 2-1 victory, with Emma Blackstenius scoring in both knockout rounds.

Head coach Peter Gerhardsson stated: “A good sign is that we are now qualified for the Olympics, which was hanging over our heads for a while. Now we don’t have to worry about it.

“However, there is not a single mitochondria in us that is content – we are going to go for it.”

Sweden were beaten 2-0 by the Dutch in the Women’s Euro 2017 quarter-finals, though, and we expect Holland to confirm that superiority.

Barcelona star Martens opened the scoring in that game and 13/2 for her to break the deadlock again here completes our Netherlands Women vs Sweden Women betting tips.

Wolves vs Liverpool: Fast start the key for leaders