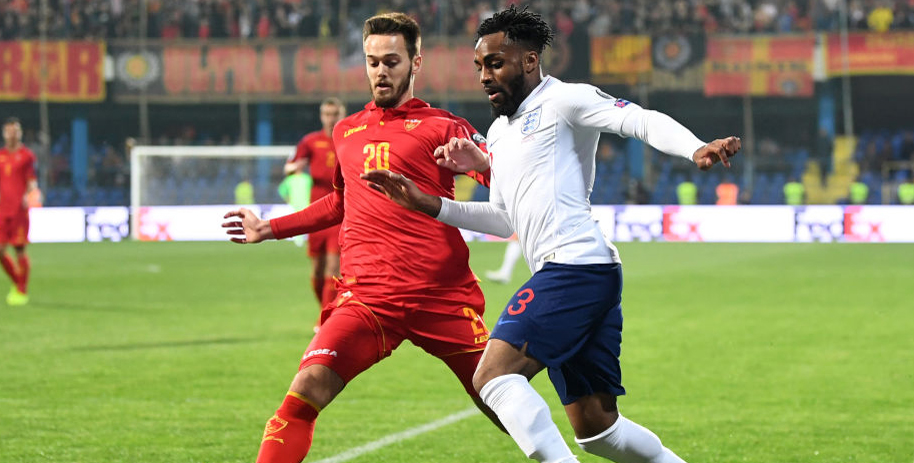 England have already hammered Montenegro 5-1 away in Euro 2020 Group A and are priced at prohibitive odds to do the double over them at Wembley on Thursday.

The Brave Falcons have failed to score in their last four qualifiers, picking up just one point in those matches, and are currently without star striker Stevan Jovetic due to a long-term injury.

Gareth Southgate’s side have been guilty of some sloppy defending at times during this campaign, but it will be a surprise if they don’t secure a comfortable clean-sheet victory here.

With 26 goals scored in six pool fixtures, many will expect another big tally here, but the absence of Raheem Sterling could badly affect England’s creativity and attacking threat.

We now favour 5/1 for a solid 3-0 home success as our opening England vs Montenegro prediction.

England were uncharacteristically lacklustre when beating Kosovo 5-3 in Southampton and then suffered a rare defeat in qualifying when going down 2-1 away to the Czech Republic.

However, lessons looked to have been learnt from those blips when the Three Lions overcame a hostile reception and some racist chanting to thrash Bulgaria 6-0 in Sofia.

Marcus Rashford provided an early breakthrough, then Ross Barkley and Sterling each bagged a brace before Harry Kane capped off a ruthless display.

Southgate will now be keen to see more of the same controlled aggression during what will be England’s 1,000th international.

The occasion will be marked in a number of ways, including recognising the notable contributions of former players and managers, while the current squad will wear individual ‘legacy numbers’ on their shirts.

“It’s the 1000th England game, which is a momentous occasion for everybody – a very special event to be involved with,” said Southgate.

“As a manager, you really get a feel of the history and the privilege of leading the team, when so few people have had the opportunity to do that. So, we’re very much looking forward to it.”

This match does come at a tricky time following a busy period of Premier League and European fixtures, not least Sunday’s blockbuster between Liverpool and Manchester City.

Sterling has been dropped after an altercation with Reds defender Joe Gomez and he has been in exceptional form for his country, scoring eight goals and providing five assists during Euro 2020 qualification.

Southgate commented: “One of the great challenges and strengths for us is that we’ve been able to separate club rivalries from the national team.

“Unfortunately, the emotions of Sunday’s game were still raw. My feeling is that the right thing for the team is the action we have taken.”

Sterling will be missed, so 12/5 for the hosts to lead just 1-0 at half-time takes the eye from the England vs Montenegro odds.

Fabian Delph withdrew from the squad through injury on Monday night, joining fellow midfielder Ross Barkley and goalkeeper Tom Heaton in being forced to return to their respective clubs.

A Look At Montenegro’s Betting Odds

Montenegro had the audacity to go ahead when entertaining England back in March, with Marko Vesovic giving Jordan Pickford no chance with a precise, curling finish.

However, the Three Lions went on to have 73 per cent of the possession and ultimately ran out emphatic victors.

That match came in between 1-1 draws with Bulgaria and Kosovo, but the Brave Falcons then had their limitations exposed again when beaten 3-0 by the Czech Republic.

Faruk Hadzibegic became Montenegro’s third manager this year in July and kicked off with a 2-1 friendly win over Hungary in Podgorica.

That proved a brief honeymoon period, though, as his side went down 3-0 to the Czechs on home turf five days later.

The last couple of qualifiers have seen Montenegro draw 0-0 when hosting Bulgaria and then lose 2-0 away to Kosovo, so Monaco forward Jovetic, who has 24 goals in 51 appearances for his country, is clearly a huge loss.

Fatos Beciraj and Stefan Bugosa still provide some experience up front but are definitely a level below, while the rest of the squad can boast just seven international goals between them.

Let’s finish off our England vs Montenegro betting tips by taking 31/50 for the home team to win both halves.