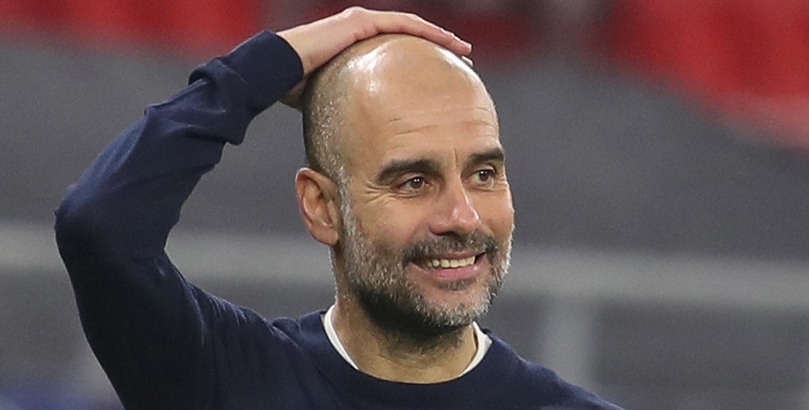 Machine-like Manchester City are expected to make it 20 straight wins in all competitions when entertaining West Ham in Saturday’s early kick-off.

The Hammers have also been in great form in the Premier League since the turn of the year, but this daunting test may prove beyond their capabilities.

With 13 of the Blues’ triumphs during the current hot streak being clean-sheet victories, Evens for them to win to nil again here is our first Man City vs West Ham prediction.

City’s 2-0 Champions League success over Borussia Monchengladbach in Budapest on Wednesday gave us a trio of winning bets, including a 13/2 correct score pay-out.

Bernardo Silva and Gabriel Jesus scored either side of half-time, with both goals created by Joao Cancelo, while their opponents barely had a sniff up front.

Perfectionist Pep Guardiola is never one to rest on his laurels, though, and felt the margin of victory should have been more emphatic.

“In general, we played really well but we were not clinical enough up front,” said the City boss.

“The actions one against one – with the keeper, with the defenders – we have to be more clinical. You have to finish the action, at least make the keeper make a save and we didn’t do it.

“We created a lot of chances, we arrived in the final third, the process was good, but we have to finish better.”

Highlighting his incredible desire to keep winning and winning, he added: “The second leg is in three weeks. The next target is West Ham. That is my only concern.”

Raheem Sterling was taken off with 20 minutes to go in midweek, suggesting he will be asked to start again versus the Hammers.

The England ace hit a hat-trick against United last season and appeals at 7/2 to score first here from the Man City vs West Ham odds.

West Ham made it seven wins in nine league games and climbed as high as fourth in the table when beating Tottenham 2-1 last Sunday.

Michail Antonio grabbed an early opener and Jesse Lingard struck for the third time since joining on loan from Manchester United just after the break.

“We are really excited by it because this time last year we were worrying sick because we were going to get relegated,” said David Moyes. “So, we are thrilled with it.

“But the thing for me is that we can play much better than we are doing and that is what excites me, because there is more to come.”

The Hammers did enjoy more than a touch of good fortune when holding on against Spurs, though.

Lucas Moura’s header gave Tottenham hope and they threw the kitchen sink in search of a leveller, with Gareth Bale and Son Heung-min both hitting the woodwork.

Moyes will set his team up to be hard to beat and they are playing well enough to make a game of it.

However, we’re going for a 2-0 home win at 11/2 to finish off our Man City vs West Ham betting tips.