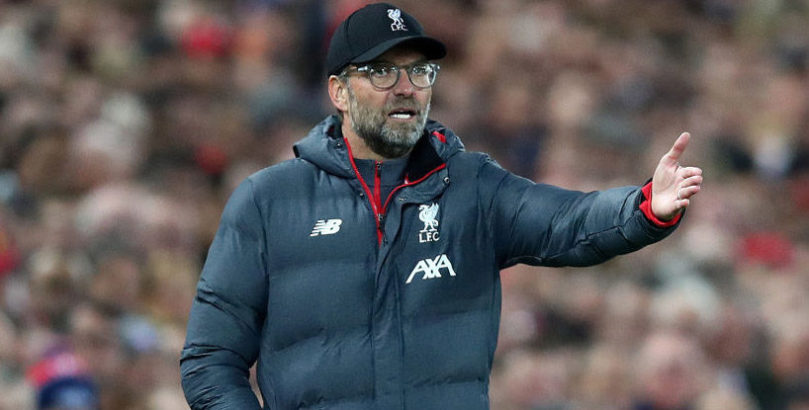 Leicester have exceeded all expectations this term, but the feeling is that their bubble may just have burst prior to facing runaway Premier League leaders Liverpool.

The Foxes were held to a 1-1 draw by struggling Norwich in their last home match and then had their limitations exposed in a 3-1 loss at Manchester City.

Brendan Rodgers’ side have won just one of five games against teams currently in the top six, while the Reds have picked up maximum points from four such fixtures.

Getting 21/20 for an away win is seen as a late Christmas present and that is our initial Leicester vs Liverpool prediction.

To be fair, Leicester did have their moments at Etihad Stadium and it was hardly a surprise when Jamie Vardy put them ahead on the break.

However, the Blues ended up having 63% of possession and netted three times from a whopping 23 attempts on goal to turn things around.

Vardy, who is six strikes clear of his nearest rival in the race for Golden Boot glory, still believes the Foxes deserve to be flying high in second place.

“I think we were pretty confident in our ability,” he declared. “I think at the minute, we’re where we deserve to be.

“We know we’ve got a lot of talent and a lot of ability and we know that we can hurt teams when we’re playing at our best.

“We’re a bit disappointed with the result against Man City, but it’s all about dusting ourselves off now and getting ready for the Liverpool game.”

Although they were ultimately overrun last time out, Leicester are usually strong in the second half of matches.

The combined score of all their first-half displays this term is 14-11, while after the interval they are an emphatic 27-3 to the good.

Looking at the Leicester vs Liverpool odds, that makes 6/5 for the Foxes to bag the final goal of this game worth a saver.

Liverpool will be hoping their Club World Cup exploits do not take a toll at King Power Stadium, especially as they had two tough contests out in Qatar.

Roberto Firmino proved the Reds’ hero, netting a last-gasp winner in the 2-1 defeat of Monterrey and then breaking the deadlock in extra-time when Flamengo were edged out in the final.

Andy Robertson preferred to focus on the positives of that trip, stating: “We go back to England with a trophy and that can’t do any harm for our confidence.

“We’ve already written a small part of history by winning the Champions League, but now we have added a trophy which has never been won before.

“We saw a whole nation was behind Flamengo and there were probably not many people in England who knew this game was going on.

Ending their Premier League title drought would be just as special for Liverpool, so we’re expecting them to pick up where they left off in terms of domestic duty, with a 10th straight win in this competition the target.

The stats suggest 7/4 for an away win and over 2.5 goals in the game is worth adding to our Leicester vs Liverpool betting tips, while both teams have scored in their last seven league meetings, so 8/1 for a 2-1 scoreline also appeals.