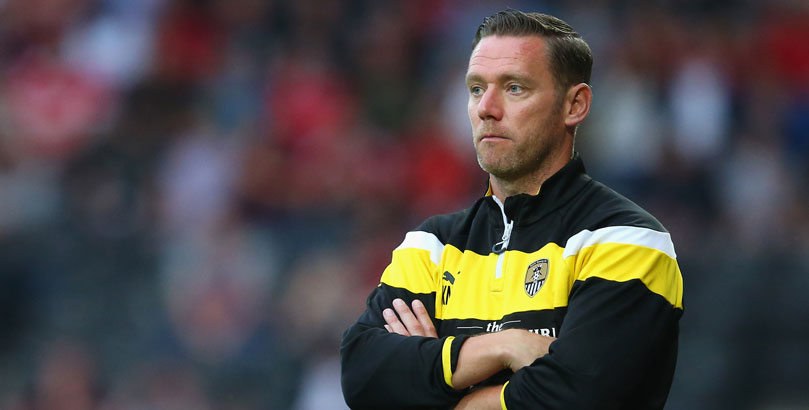 Notts County have sent a signal of intent to the rest of the division following their summer spending spree and we’ve also taken note in our League Two betting tips for 2018/19.

The Magpies reached the play-offs last season before falling to eventual winners Coventry in the semi-finals and they are 8/1 second favourites to win the League Two title this time.

Under former West Ham and Newcastle captain Kevin Nolan, the Magpies have put a marker down to the rest of the division by bringing in a host of new faces.

Nolan described the capture of Vaughan, a former player for city rivals Nottingham Forest, as “an unbelievable coup for us”, adding: “This is a massive statement of intent.”

MK Dons have been installed as the 6/1 favourites for the title as they look to secure an immediate return to the third tier.

The Dons – formed in 2004 – lost half of their 46 games as they finished second-bottom, with Robbie Neilson and Dan Micciche replaced during the campaign.

Keith Millen took over for the final three games but relegation was inevitable by then as they slipped into the bottom tier for the first time since 2008.

Chairman Peter Winkelman moved to bring in Paul Tisdale, who left Exeter this summer after 12 years at St James Park and having led them to the play-off final for the past two years, only to suffer heartache on both occasions.

Both teams are quoted at 8/5 to seal promotion and should be in the mix next May.

After suffering relegation on the final day, Oldham have turned to two former players to transform their fortunes.

Richie Wellens was sacked and in came Frankie Bunn as manager, with Andy Rhodes as his assistant.

Bunn netted 35 goals in 88 appearances for the Latics and holds the record for the most goals scored in a League Cup tie when grabbing six against Scarborough in 1989.

Rhodes played alongside Bunn in the 1990 League Cup final loss to Nottingham Forest.

Bunn said: “We’ve both got history here, we’ll both work our socks off and we’re going to try and reignite this place.”

Should the pair bring some much-needed cheer to Boundary Park, 7/2 for them to be promoted could be worth backing.

Lincoln’s first season back in the Football League saw them make the play-offs before missing out on a second trip to Wembley in as many months after losing to Exeter.

The Imps, under the highly-rated management duo of Danny and Nicky Cowley, had lifted the Football League Trophy by beating  Shrewsbury at the national stadium weeks earlier.

Recruiting the prolific John Akinde was described as “a big signing for Lincoln” and he will complement the likes of Matt Rhead, Matt Green and Bruno Andrade at Sincil Bank.

They are 9/1 to claim the title and 2/1 to be promoted, while Bury and Northampton are priced at 11/4 to secure immediate returns to League One.

Morecambe are the 5/2 favourites in the League Two relegation odds having survived by the skin of their teeth last season.

The Shrimps, who will enter their 12th campaign in the Football League following promotion in 2007, escaped as Barnet went down on goal difference on the final day.

Seven of their last 11 seasons have seen a bottom-half finish and this could be the year they finally drop back into the National League.

Port Vale and Forest Green finished a point ahead of Morecambe last season and are 12/1 and 7/1 respectively to go down.

Macclesfield and Tranmere secured Football League returns but the feeling is the latter will perform better.

After guiding Macc to the National League title, manager John Askey left to join Shrewsbury, ending his five-year spell with the Silkmen, who are 7/2 for an immediate return.

Tranmere, meanwhile, required a play-off win over Boreham Wood to secure promotion and produced an encouraging performance in a 3-2 pre-season friendly loss to Liverpool.

They are a longer price of 12/1 to go down and should be able to give a good account of themselves, especially at Prenton Park.

Another team who could suffer another season of struggle is Crewe, who finished 15th mainly due to a three-game winning streak to finish the campaign.

Alex never got above that position from September onwards and 7/1 for them to go down is hard to ignore in our book.