Arsenal are expected to nudge struggling Fulham another step closer to the relegation trap door at Emirates Stadium on Sunday.

The Cottagers have lost four straight Premier League games and must now try to reverse a trend of six consecutive head-to-head defeats versus the Gunners.

However, we can’t see past a home win at 7/10 for our first Arsenal vs Fulham prediction.

Arsenal have to recover from a Europa League trip to Prague but do still have the incentive of trying to qualify for that competition again next season.

The Gunners are ninth in the table following last weekend’s 3-0 victory at Sheffield United, where Alexandre Lacazette bagged a brace and Gabriel Martinelli also netted.

Mikel Arteta commented: “It was a strong performance, efficient and intelligent with the ball and the right attitude.”

Arsenal do have some injury concerns, but Lacazette’s recent form has been a welcome boost, with the France forward striking five times in six league games and hitting a double in Thursday’s 4-0 Europa League romp at Slavia Prague.

“He is playing really well and scoring goals,” added Arteta. “He has a high level of confidence.

“Hopefully it will keep right up until the end of the season, because if it continues it means the team is doing well and winning matches.”

Lacazette opened the scoring when the Gunners kicked off their campaign with a 3-0 victory at Craven Cottage.

Looking at the Arsenal vs Fulham odds, he appeals at 13/5 to break the deadlock again here.

Arsenal will be without captain Pierre-Emerick Aubameyang as the skipper has missed the last two games after contracting malaria during the recent international break.

David Luiz and Kieran Tierney (both knee) are sidelined and Real Madrid loanee Martin Odegaard is a doubt as he continues to suffer from a niggling ankle issue.

Fulham had high hopes of avoiding the drop when winning at Liverpool last month but are now in big trouble after failing to pick up a point from four subsequent fixtures.

The Cottagers suffered a heart-breaking defeat when going down to a 92nd-minute Adama Traore goal in a 1-0 loss to Wolves on home turf.

Scott Parker said: “I asked the team to show fight, to show desire, to leave everything on the pitch – and to a man, we did that. It’s a cruel side of football sometimes.

“We find ourselves in this position where we are, but we’ve got a fighting chance because of what you see at the end of the game, a team and a group of players that are desperate.

“This is a group of players that feel passionately about being successful this year – and with that spirit and with that desire, you’ve always got a chance.”

Fulham are a hard-working outfit but they do tend to pay the price for using up too much energy early on.

Eight of the last nine goals they have conceded have come after the interval, so 11/10 for more goals to be scored in the second half here is added to our Arsenal vs Fulham betting tips.

Fulham will be without Terence Kongolo for the remainder of the season after he sustained an injury on his comeback match against Wolves. Tom Cairney will also be absent, but Ademola Lookman could be available after a knock. 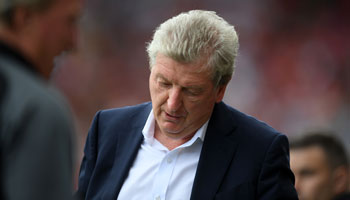