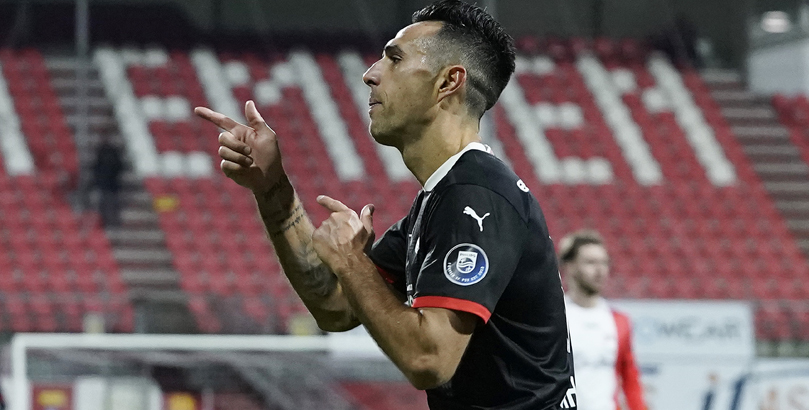 PSV were stunned by Feyenoord at De Kuip six weeks ago but are worth sticking with to gain revenge on home turf.

Roger Schmidt’s men have been especially strong on home turf this term, winning 10 of 12 Eredivisie games here, with 28 goals scored in those fixtures and just eight conceded.

Punters can get 9/10 for Eindhoven to prevail and that is our first PSV vs Feyenoord prediction.

PSV claimed a solid 1-1 draw with Ajax in their last match at this venue, which gave us a couple of winning tips at 14/5 and 31/10 in our preview of De Topper.

The red and whites followed that up with a 3-1 victory at Fortuna Sittard which kept them second in the table, eight points clear of fifth-placed Feyenoord.

Israel star Eran Zahavi bagged a brace to take his tally to 15 in all competitions this term, before George Cox pulled one back.

However, exciting 19-year-old Londoner Noni Madueke returned from injury to wrap up the win late on.

Madueke, who was part of Tottenham’s youth system and attracted interest from Manchester United prior to joining PSV, has netted eight times this season.

He told the club website: “I picked up an injury at an awkward moment in the season, with so many big games scheduled to take place.

“It is hard to come back, but I’m delighted to have returned to action and fortunately we will play some more big games shortly.

“It was a great goal and I am glad I have been able to help the team. We will do our very best to finish as high in the league as possible.”

With lots of attacking talent in both line-ups, we like 19/10 for a home win and both teams to score from the PSV vs Feyenoord odds.

A Look At Feyenoord’s Betting Odds

Feyenoord were on song when beating PSV 3-1 last month and a 6-0 thrashing of VVV Venlo a week ago was another example of their potential.

Jens Toornstra hit a double, plus there were other scores for Lutsharel Geertruida, Bryan Linssen, Steven Berghuis and Eric Botteghin.

Evergreen 31-year-old Toornstra now has 50 goals in 250 Eredivisie outings, while Holland forward Berghuis is second in the Dutch Golden Boot race on 14.

However, Dick Advocaat’s side have had just as many downs as ups over the past couple of months.

Feyenoord suffered a hat-trick of defeats in January and ended February with a 4-2 loss at AZ Alkmaar after successive draws against FC Twente and Groningen.

We reckon their opponents are a percentage pick here and 8/1 for a 2-1 scoreline is added to our PSV vs Feyenoord betting tips.