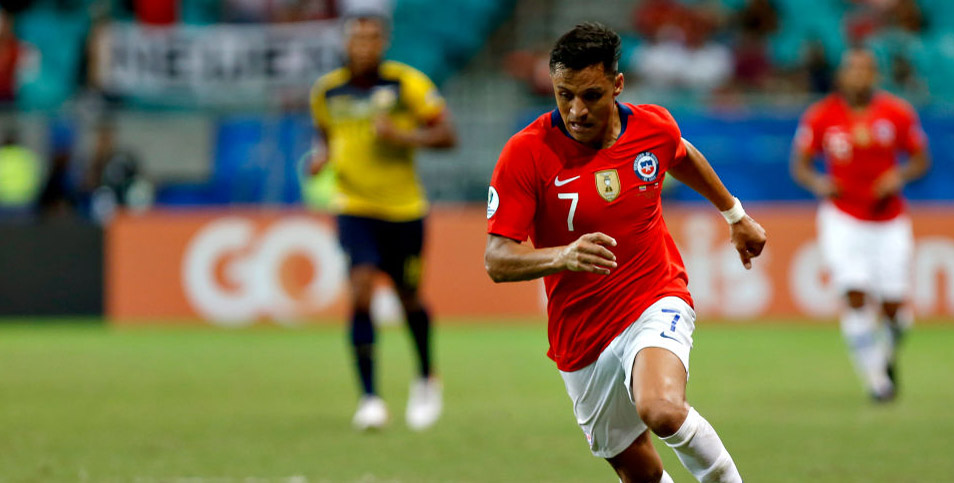 Chile only need a draw against Uruguay to top Group C at the Copa America and are fancied to achieve that feat in Rio de Janeiro.

The 2015 and 2016 champions again look fired up for this competition, with their energy and enthusiasm expected to be a match for La Celeste’s undoubted quality.

Punters can get 11/5 for a Maracana stalemate and that appeals for our opening Chile vs Uruguay prediction.

Chile followed up a 4-0 drubbing of Japan by edging out Ecuador 2-1, with Manchester United forward Alexis Sanchez netting the second-half winner.

Jose Pedro Fuenzalida had earlier opened the scoring after just seven minutes, only for Enner Valencia to equalise from the penalty spot.

However, Sanchez connected with a cross from Charles Aranguiz and guided his 51st-minute shot past the keeper to set up a deserved victory.

Sanchez also netted against Japan and set up another goal in that game, with his upbeat demeanour after a miserable season with United highlighting how much La Roja want a title hat-trick.

With plenty of attacking firepower on show on both sides, 17/5 for a score draw stands out from the Chile vs Uruguay odds.

A Look At Uruguay’s Betting Odds

Uruguay also opened up with a 4-0 triumph when easing past Ecuador, but they were given a much tougher test by Japan next time out.

The Samurai Blue twice led in Porto Alegre, with La Celeste needing a controversial Luis Suarez penalty and a Jose Gimenez header to salvage a 2-2 draw.

Such is the experience within Oscar Tabarez’s team that they can never be written off, but there is a slight fear that some of his stalwarts may just be starting to show their age.

Chile shaded them 1-0 in the 2015 quarter-finals, while both teams won convincingly at home in World Cup qualifiers, so there is not much between these sides.

Let’s finish off our Chile vs Uruguay betting tips by taking 23/4 for a 1-1 draw.

Ecuador vs Japan: Samurai Blue have spirit to succeed
Bangladesh vs Afghanistan: Tigers to roar in Southampton
Author