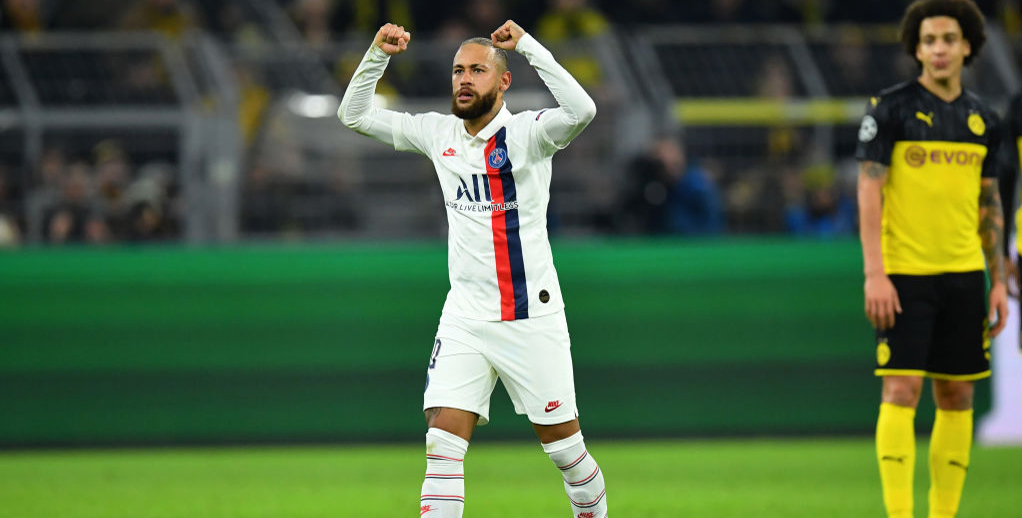 PSG are under pressure to perform after losing 2-1 to Borussia Dortmund in Germany but do have the talent to turn this Champions League tie around.

The French aristocrats looked dangerous for long periods of the second half at Westfalenstadion and are usually much stronger on home turf.

We’re snapping up 9/10 for Thomas Tuchel’s team to still advance as our initial PSG vs Borussia Dortmund prediction.

PSG were undone by a couple of strikes from teenage sensation Erling Braut Haaland in the first leg, but Neymar’s well-worked effort in between gave them a valuable away goal.

The Brazil superstar came agonisingly close to levelling for a second time but his effort clipped the outside of the post, while Kylian Mbappe was denied twice by Roman Burki.

Neymar was absent through injury when PSG went out of the Champions League in the last two seasons, against Real Madrid and Manchester United.

The 28-year-old missed four games with a rib problem before the Dortmund defeat, but will hopefully be sharper and at peak fitness for the return fixture.

“It was very difficult to play a match like this, intense, 90 minutes without stopping,” Neymar told French broadcaster RMC Sport.

“Had I been in better shape, I would certainly have played better.”

Losing Thomas Meunier and Marco Verratti to suspension is a blow, but PSG do have striker Mauro Icardi to bring in.

The Argentina ace has impressed since joining on loan from Inter, netting five times during the group stage.

Paris beat Real Madrid 3-0 here during that campaign and we like 31/20 for them to win by more than one clear goal from the PSG vs Borussia Dortmund odds.

PSG have netted 13 times in three domestic matches since the first leg, with six of those goals scored by Kylian Mbappe, who is the subject of a bwin Price Boost from 9/2 to 11/2 to bag at least a brace here.

Haaland continued an incredible start to his career with Dortmund when pouncing for a poacher’s goal and then firing in a superb strike from the edge of the box in the first leg.

New regulations mean he is not cup-tied after a January move to Borussia, while former Liverpool midfielder Emre Can was another shrewd recruit from Juventus.

With England winger Jadon Sancho and 17-year-old Giovanni Reyna also impressing up front in the opening encounter, Dortmund have a youthful and vibrant forward line playing without fear.

Head coach Lucien Favre commented: “The key for us is defending well. We know that we always have solutions going forward. Defending cleverly, that’s important.”

Unfortunately, past evidence suggests Borussia will struggle to keep PSG at bay on the road.

They lost 3-1 at Barcelona and 2-0 at Inter during this season’s group stage, while last term they went down 2-0 away to Atletico Madrid in their pool and were beaten 3-0 by Tottenham in London at this point.

Let’s finish off our PSG vs Borussia Dortmund betting tips by taking 11/1 for a 3-1 home victory.