In arguably the most competitive League One season in recent memory, it is Blackpool and Lincoln who are left standing with 90 minutes keeping them from the Championship.

Both sides have compelling cases to make, with Lincoln a National League side just four years ago while Blackpool have come back from the brink after some off-field trauma.

The Seasiders, once a breath of fresh air in the top flight under Ian Holloway, have won five of their last six games and come in at 6/5 to win in normal time, which is our first Blackpool vs Lincoln prediction.

A Look At Blackpool’s Betting Odds

One thing Blackpool are not shy of heading to Wembley is goals. They hit six past Oxford across two legs in the semi-finals and confidence will be through the roof.

In Jerry Yates, they have a 23-goal forward who in any other season would have topped the scoring charts, though Lincoln are one of the sides he has not netted against this term.

After winning 3-0 at Oxford in the first leg, the Seasiders played out a 3-3 draw in the return, with Yates, Elliott Embleton and Kenny Dougall on target.

“It is a fantastic effort because the players have been through so much this season,” boss Neil Critchley said afterwards.

“We have changed pretty much the whole squad and it took us time to develop that understanding of how we want to play.

“And I still think we will get better. We have had to endure Covid and were one of the only teams in the division who didn’t call games off.

“We have had significant injuries, which we haven’t made a big deal of. And since January, we have had a schedule like no other in the division.

“For us to be in this position is credit to how the players prepare and train every single day. My thoughts are with my players and they deserve this moment. They deserve to go to Wembley.”

Looking at the Blackpool vs Lincoln odds, a draw at half-time and then Blackpool to win looks good at 9/2.

A Look At Lincoln’s Betting Odds

When Sunderland erased Lincoln’s two-goal first-leg lead in front of a boisterous Stadium of Light crowd, it looked as though stage fright had got to the Imps.

However, manager Michael Appleton rallied his side at the break and Tom Hopper’s goal took them to Wembley, with a missed penalty thrown in for good measure.

They have not lost to Blackpool in the league this season either, and their resilience will worry the Tangerines.

It looked at Christmas as if they were going up automatically but eight wins from February 1 onwards brought them down, though they have adapted impressively.

Lincoln have not played in the second tier since 1961 and Appleton has admitted he had to get stuck into his players to make sure they got to Wembley.

“I was really disappointed with the first half, I did not recognise us as a team. I just got after them with a little bit of old school,” he said of the Sunderland game.

“I just wanted to see personalities, be brave and get on the ball, pass the ball – and we got that in the second half.

“And for them to come and turn it around in the second half like they did, I’m just delighted for them.”

City will never say die and we’re having a saver on them at 4/1 to score the most goals in the last 15 minutes of the match to complete our Blackpool vs Lincoln betting tips. 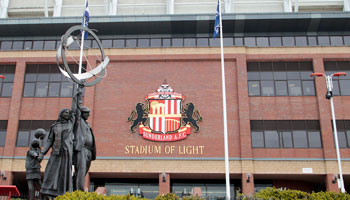 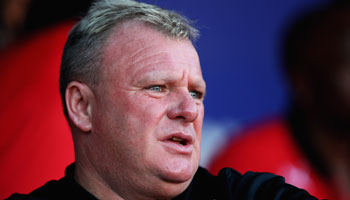