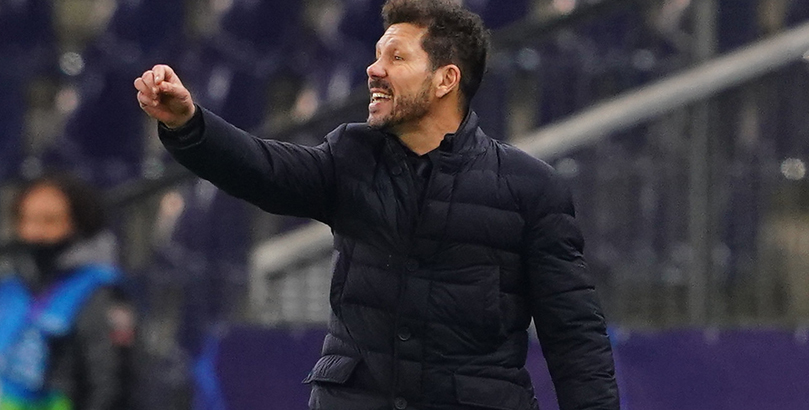 Atletico Madrid managed to beat then-holders Liverpool in the first Champions League knockout round last term and are value to repeat the trick versus Chelsea.

The Blues have failed to get past four straight ties at this stage of Europe’s elite club competition and look vulnerable once more.

Getting odds against of 11/10 for Los Colchoneros to advance is hard to resist for our initial Atletico Madrid vs Chelsea prediction.

Atletico prevailed 1-0 against the Reds at Wanda Metropolitano in a niggly opening encounter 12 months ago before obliging 3-2 after extra-time on Merseyside.

A subsequent 2-1 loss to RB Leipzig in the quarter-finals was frustrating but Los Colchoneros will be hoping to progress further this time around.

In fairness, Diego Simeone’s side were only moderate runners-up behind Bayern Munich in Group A, losing 4-0 away to the holders and drawing 1-1 against a weakened team in the return fixture.

Lokomotiv Moscow proved surprisingly troublesome in two draws but Atletico ultimately advanced with five points to spare thanks to doing the double over Red Bull Salzburg.

Portugal starlet Joao Felix bagged a brace when the Austrian outfit were beaten 3-2 in Spain and a 2-0 road win in the reverse fixture on Matchday 6 was rock solid when the pressure was on.

Felix, 21, has yet to fully justify his £113million price tag from the summer of 2019 but bringing in Luis Suarez seems to have helped accelerate his progress.

Atletico’s strength remains at the back, though, with Jan Oblak arguably the world’s best keeper and Jose Maria Gimenez a peerless defender.

This has all the makings of a tight opening tussle, so 8/13 for under 2.5 goals in the game stands out from the Atletico Madrid vs Chelsea odds.

Chelsea created a good impression when going unbeaten through their Group E campaign, pipping Sevilla to top spot by one point.

After starting out with a cagey 0-0 stalemate versus Los Rojiblancos at Stamford Bridge, the Blues thumped Krasnodar 4-0 away and Rennes 3-0 at home.

Olivier Giroud’s last-gasp decider secured a 2-1 triumph in France and he scored all four goals against a second-string Sevilla side in Spain.

Frank Lampard made changes for a 1-1 draw with Krasnodar in London, so that moderate effort can be forgiven.

However, what is more worrying is that Chelsea went on to lose their next three Premier League away games at Everton, Wolves and Arsenal.

After then being outclassed by Manchester City on home turf, there was even talk of Lampard’s position being under scrutiny.

The former England midfielder is still very inexperienced in management terms, whereas Simeone recently celebrated his 500th match in charge of Atletico.

Memories of Chelsea naively being hammered 7-1 on aggregate by Bayern Munich at this stage 12 months ago also remain fresh in the mind.

All things considered, we feel 27/20 for a home win here is great value for our Atletico Madrid vs Chelsea betting tips.