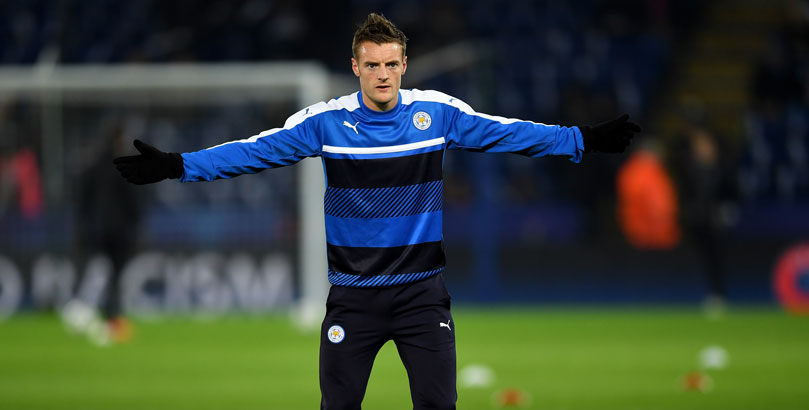 Leicester are now odds-on to finish in the top four after their impressive start to the season continued at Crystal Palace.

The Foxes have won three successive matches in the Premier League while Arsenal have gone three without a win.

A home victory is priced at evens and we are snapping that up as our opening Leicester vs Arsenal prediction.

A 2-0 win at Palace – following second-half goals by Caglar Soyuncu and Jamie Vardy – moved the Foxes above Chelsea and into third position.

Leicester are six points ahead of fifth-placed Arsenal after a fourth consecutive victory in all competitions and right now look on course for the Champions League.

Manager Brendan Rodgers said: “The team is playing well, but we are certainly not getting carried away and will not try to give the players any pressure.

“They have been absolutely brilliant since I’ve come in, they want to get better and want to learn and are hungry to learn. The spirit is very good.

“We have had a very good start, some very good performances and different wins and we are constantly looking to improve.”

Leicester have netted 12 goals at home this season – the third highest in the league – and have the best defensive record with just three goals conceded.

Striker Jamie Vardy is the league’s top scorer with 10 goals and has netted five times in three games. He also has eight in eight against the Gunners.

Looking at the Leicester vs Arsenal odds, we believe Vardy to score in a 3-1 home win at 28/1 has plenty of appeal.

Arsenal have now won just two of their last nine Premier League games after a 1-1 draw at home to Wolves.

The Gunners also let a lead slip for the third time in a week as Raul Jimenez’s header cancelled out Pierre-Emerick Aubameyang’s 50th Arsenal goal.

Jeers rang around the stadium as Arsenal, who were 2-0 up before being pegged back by Crystal Palace last weekend and surrendered the lead more than once in Wednesday’s frenetic 5-5 Carabao Cup draw at Liverpool, eventually losing on penalties, once again failed to secure victory.

Asked after the game if he felt his position was under threat, Unai Emery replied: “I am very demanding of myself.

“I feel every time my responsibility to work and to come back from the result with the next matches.

“I am frustrated with the result and also because we lost two very good opportunities at home against two teams who we didn’t win against last season either. But I think the players tried and worked (hard).”

Only four teams have netted fewer away goals than Arsenal’s five and they have conceded three times on each of their previous two trips to the King Power Stadium.

With the Foxes firing on all cylinders, the home side to be leading at half-time and full-time at odds of 21/10 completes our Leicester vs Arsenal betting tips.

Granit Xhaka will once again be missing from the Arsenal squad, while Dani Ceballos has been ruled out with a hamstring issue.